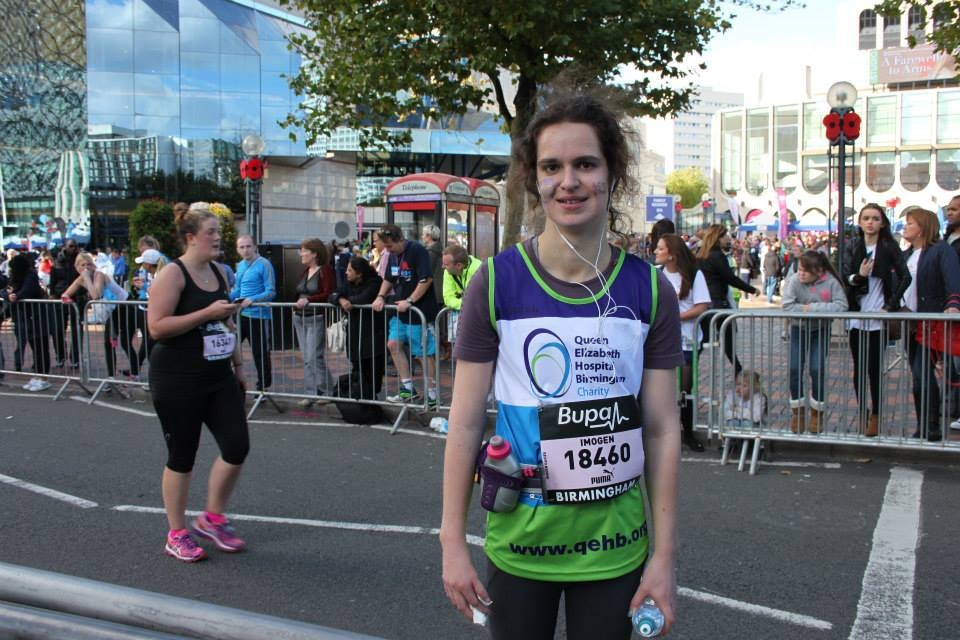 A second year physics student, whose hole in her heart was fixed by surgeons aged 3 months, will participate in The University of Manchester’s Purple Wave one year on from her second open heart surgery.

Imogen Davies, from Birmingham, will complete the 10k race as part of the Simply Health Great Manchester Run, despite her numerous health problems.

The inspirational 21-year-old will join more than 2000 staff, students and alumni to have registered for the race as part of The University of Manchester’s Purple wave on May 20.

The organisers are bidding to beat last year’s record-breaking total of 2,500 runners, who took part in the 10k run through Central Manchester.

The University will have its own start time, with runners - and run/walkers like Imogen- wearing the purple technical running t-shirts they receive on registration.

She said: “For me, the point is not running the whole way. In fact, I find it quite difficult, which is why I use a combination of running and walking. But nevertheless, I think it will take me 1 hour 15 to 1 hour 20 to get around.”

The student, who trains three times a week up to an impressive 5 miles each session, is not new to sport and fitness.

She said: “For me keeping fit is important because allows you experience things you would not be able to otherwise, like hiking down the Grand Canyon.

“Helicopters are no longer allowed to fly down to the Colorado River, so without being physically able to hike the south face of the Grand Canyon, I would never have comprehended the true size of the river.”

At school, she was a keen swimmer, competing in the breaststroke and coming third in the Worcester County Age Group Championships aged 14.

At the time of my Duke of Edinburgh expedition, my heart valve was severely leaky and my ventricle enlargied. I had to carry 15 kilos over some of the highest mountains in Snowdonia.

Shortly after giving up swimming, she decided to run/walk the Birmingham Half marathon in 2014, raising money for the Adult Congenital Heart unit at Birmingham Queen Elizabeth Hospital.

She finished in an amazing three hours. And in the same year she completed her Gold Duke of Edinburgh Award.

She added: “It does not always come easily. At the time of my Duke of Edinburgh expedition, my heart valve was severely leaky and my ventricle enlarged. I had to carry 15 kilos over some of the highest mountains in Snowdonia.

“I was the slowest in our group. So slow we were branded the ‘slowest group ever’ by our assessor. But I did it. On another occasion we cancelled a family trip that had planned hikes around the Himalayan basin and to Everest Base Camp .”

Her advice to others who want to take part: “It does not matter how slow you go. Do it for yourself and the opportunities you will be able to take up because of it. Running and exercise is amazing. It’s so good for your physical and mental health.”

If you want to join the purple wave, registerhere

Runners can still get into shape in time for May 20. Read the Great Run Company's 5 top tips to run 10k in a month.