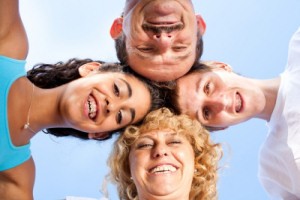 Immigration has had less significant impact than British births on the rising population of most of England and Wales’ ethnic groups, according to the latest analysis of the 2011 Census by University of Manchester researchers.

The team based at the University’s Centre on Dynamics of Ethnicity (CoDE) say the growth in Britain’s established ethnic groups has been caused, in the main, by an excess of births over deaths.

Pakistani and Bangladeshi groups have grown each by about 50% during 2001-2011, mostly because more people have been born than have died.

For the Caribbean group - who in the came to the UK more than 60 years ago - growth has been less than 5%, which was entirely down to the excess of births over deaths, rather than immigration.

The Irish group, with a relatively elderly population, reduced by 18% over the decade, both from an excess of deaths over births and from net emigration. Some immigrants continue to arrive in their twenties.

Of the established groups, only the Indians, they say, have grown substantially through immigration, accounting  for two thirds of their growth, though many of these are students.

However, immigration was the main factor for newer Eastern European, African and Chinese ethnic groups, who grew between 70% and 100% in total through the decade.

Lead researcher Professor Ludi Simpson said: “By examining the changing age structure of each ethnic group  between the 2001 and 2011 Censuses, we have estimated the significance of international migration, births and deaths to population growth, and tracked changing fertility patterns.

“And this research shows categorically that, contrary to popular opinion, our diversity is home grown.

“Immigration into the UK tends be of young adults, who add to the productive workforce and start new families.

“We are now seeing the product of these previous migrations: there are many more births than deaths.

“It’s not until many years later that those who emigrated become elderly and suffer significant numbers of deaths.”

Also according to the team:
•    Fertility of most ethnic groups, including White British, has increased a little in the 2000s, but overall there is less difference in family size between ethnic groups than in past decades.
•    Bangladeshi and Pakistani family size has reduced to an average of about three children per family, still higher than other groups.
•    Chinese fertility is particularly low, partly because one third of the Chinese population are students.
•    People from mixed race backgrounds are the youngest ethnic group in England and Wales.  For each of the four mixed groups identified by the Census, between 39% and 47% are under 15, double the figure of 18% for England and Wales as a whole
•    The growth in mixed race groups was mainly due to children born in the decade, though a smaller but significant growth of about 25% was through immigration.

“What makes ethnic group populations grow? Age structures and immigration” is available on request and at www.ethnicity.ac.uk/census

Professor Simpson is available for interview