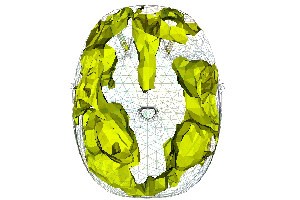 University of Manchester researchers have for the first time been able to watch what happens to the brain as it loses consciousness.

Using sophisticated imaging equipment they have constructed a 3-D movie of the brain as it changes while an anaesthetic drug takes effect.

Brian Pollard, Professor of Anaesthesia at Manchester Medical School, will tell the European Anaesthesiology Congress in Amsterdam today (Saturday) that the real-time 3-D images seemed to show that losing consciousness involves a change in electrical activity deep within the brain, changing the activity of certain groups of nerve cells (neurons) and hindering communication between different parts of the brain.

He said the findings appear to support a hypothesis put forward by Professor Susan Greenfield, of the University of Oxford, about the nature of consciousness itself. Prof Greenfield suggests consciousness is formed by different groups of brain cells (neural assemblies), which work efficiently together, or not, depending on the available sensory stimulations, and that consciousness is not an all-or-none state but more like a dimmer switch, changing according to growth, mood or drugs. When someone is anaesthetised it appears that small neural assemblies either work less well together or inhibit communication with other neural assemblies.

Professor Pollard, whose team is based at Manchester Royal Infirmary, said: “Our findings suggest that unconsciousness may be the increase of inhibitory assemblies across the brain’s cortex. These findings lend support to Greenfield’s hypothesis of neural assemblies forming consciousness.”

The team use an entirely new imaging method called “functional electrical impedance tomography by evoked response” (fEITER), which enables high-speed imaging and monitoring of electrical activity deep within the brain and is designed to enable researchers to measure brain function.

The new device was developed by a multidisciplinary team drawn from the Schools of Medicine and Electrical and Electronic Engineering at The University of Manchester, led by Professor Hugh McCann and with support from a Wellcome Trust Translation Award.

The machine itself is a portable, light-weight monitor, which can fit on a small trolley. It has 32 electrodes that are fitted around the patient’s head. A small, high-frequency electric current (too small to be felt or have any effect) is passed between two of the electrodes, and the voltages between other pairs of electrodes are measured in a process that takes less than one-thousandth of a second.

An ‘electronic scan’ is therefore carried out and the machine does this whole procedure 100 times a second. By measuring the resistance to current flow (electrical impedance), a cross-sectional image of the changing electrical conductivity within the brain is constructed. This is thought to reflect the amount of electrical activity in different parts of the brain. The speed of the response of fEITER is such that the evoked response of the brain to external stimuli, such as an anaesthetic drug, can be captured in rapid succession as different parts of the brain respond, so tracking the brain’s processing activity.

“We have looked at 20 healthy volunteers and are now looking at 20 anaesthetised patients scheduled for surgery,” said Professor Pollard. “We are able to see 3-D images of the brain’s conductivity change, and those where the patient is becoming anaesthetised are most interesting.

“We have been able to see a real time loss of consciousness in anatomically distinct regions of the brain for the first time. We are currently working on trying to interpret the changes that we have observed, as we still do not know exactly what happens within the brain as unconsciousness occurs, but this is another step in the direction of understanding the brain and its functions.”

The team at Manchester is one of many worldwide investigating electrical impedance tomography (EIT), but this is its first application to anaesthesia. Professor Pollard said that a huge amount of research still needed to be done to fully understand the role EIT could play in medicine.

“If its power can be harnessed, then it has the potential to make a huge impact on many areas of imaging in medicine,” he said. “It should help us to better understand anaesthesia, sedation and unconsciousness, although its place in medicine is more likely to be in diagnosing changes to the brain that occur as a result of, for example, head injury, stroke and dementia.

“The biggest hurdle is working out what we are seeing and exactly what it means, and this will be an ongoing challenge.”

Professor Pollard’s presentation at the European Anaesthesiology Congress will take place on Saturday, June 11, at 15:15 hrs (CEST), abstract no: 7AP1-6.

Pictures of the images produced by fEITER are available for journalists to use.

Euroanaesthesia 2011, the European Anaesthesiology Congress, is taking place from June 11-14 at the Amsterdam RAI Convention Centre (Amsterdam, The Netherlands). A total of 847 abstracts will be presented at the Congress, and 5,500-6,000 delegates from more than 90 countries around the world will be attending.