Don’t take toilets for granted. Their connection to a managed sewage disposal system protects you from diseases and infections that can stunt your growth, harm your nutrition and even kill you.

For some 670 million people, this basic service is not provided. In rapidly growing cities in low and middle income countries, expensive serviced residential areas stand alongside makeshift settlements, whose poorer residents lack access to sanitation and suffer from preventable diseases and infections. In India, for instance, more than seven children per 10,000 residents die from diarrhoea resulting from lack of sanitation.

To address this, some governments have announced national drives to clean up their cities. But many cities are resorting to quick fixes that are polluting water sources and leaving countless urban communities by the wayside.

Take India. In 2014, its government announced a highly publicised mission to “Clean India”. Under this mission, the government surveys and ranks cities according to their cleanliness, and hands prestigious awards to those ranking highest. The mission’s main aim was to rid the country of open defecation, makeshift toilets and open sewers by October 2019.

This was music to the ears of residents of Siddharth Nagar, an informal settlement in Mumbai. Its 650 migrant families live in self-built shelters without access to functioning toilets.

For many years, they had to resort to open defecation – that is, going to the “toilet” outside in the open environment rather than using dedicated and safely managed facilities. Open defecation is not considered safe because it exposes people to contact with faeces and, in the case of more vulnerable populations, potential attackers.

Eventually, residents were able to pool their resources and construct six makeshift toilets for the community. The waste from the toilets was directed straight into an adjacent stream, which took it to the sea. In many cases, water from streams and rivers is used for washing, cooking and drinking, so flushing untreated sludge – potentially containing dangerous viruses, bacteria and parasite cysts – can cause serious problems downstream. 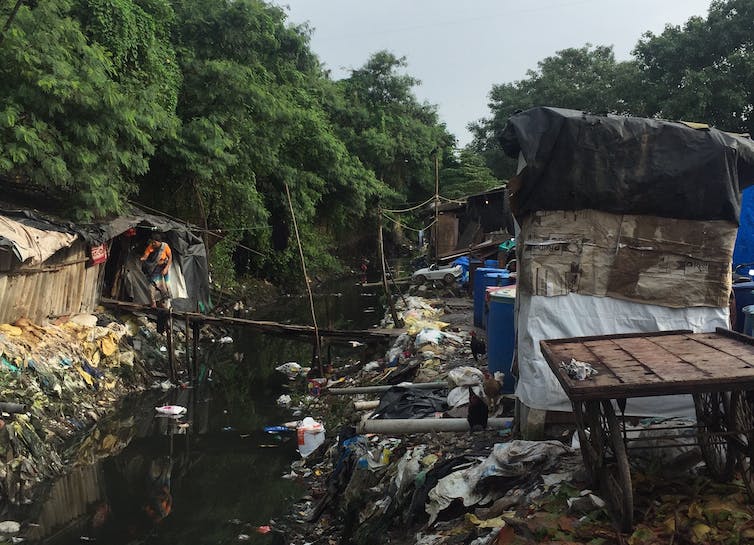 In May 2016, Siddharth Nagar residents requested proper toilets for their community. Two years later, following a long bureaucratic battle and committed campaigning, the municipality approved the construction of a managed community toilet block in the settlement.

However, what they actually got was a “moving” toilet – a trailer carrying several toilets and a bio-digester. Shortly after the trailer’s arrival, officials visited the area to assess its sanitary status. Following the visit, the moving toilet disappeared. The municipal government had achieved its aim of being declared open defecation free but the community was no better off.

In an attempt to pacify angry residents, the municipality eventually delivered four portable toilets later in 2018. But these were positioned out of reach of desludging vehicles, which were vital to the toilets’ proper functioning.

Consequently, sludge was not collected in septic tanks as intended but directed straight into the stream-sewer, polluting water and ecosystems that depended on it. Today, three out of the four portable toilets are defunct. Residents are once again resorting to open defecation and their self-built toilets.

Similar stories from all over India abound. Temporary fixes and cosmetic solutions offered by municipal governments are leaving countless communities empty handed in the long term. The particularly high risk of disease outbreak from water contamination in densely populated urban environments not only threatens lives but also reduces the time people can work, making it harder to escape poverty. 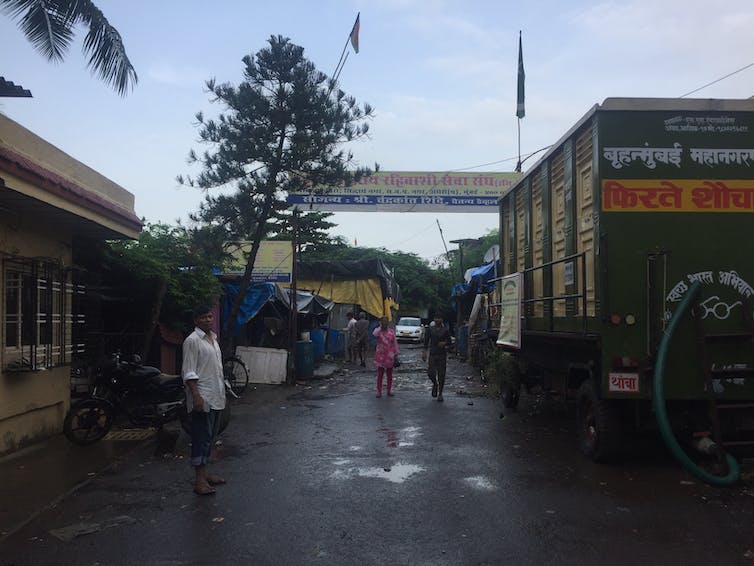 Further east, Chinese president Xi Jinping announced the country’s “Toilet Revolution” in 2015, targeting primarily the countryside and promising access to hygienic toilets for all. But this bold rhetoric is deepening existing stigma surrounding traditional sanitation practices, widening the rift between the urban rich and poor.

Prior to Xi’s announcement, sanitation infrastructure had not been considered a priority for several decades. Despite the country’s rapid economic development, the proportion of people relying on open defecation in cities had actually doubled between 1990 and 2008.

Although the Toilet Revolution has helped to greatly expand public sewer systems in recent years, in fragmented cities such as Shanghai, not everyone has access to proper sanitation. While entire swaths of land have been swiftly redeveloped, pockets of older neighbourhoods remain untouched.

Many of these dilapidated neighbourhoods are inhabited by China’s growing proportion of ageing citizens, who rely on traditional night pots and communal waste collection stations. Younger generations feel disdain and disgust for this way of life. For them, this is reason enough to stay away, leaving the old and frail isolated.

China’s 225 million rural-to-urban migrants are another marginalised group. Unable to afford the skyrocketing prices of newer accommodation, most are forced to live in sub-standard conditions without access to sanitation facilities. Already looked down upon by more affluent urban residents, they are often accused of dirtying the urban environment. 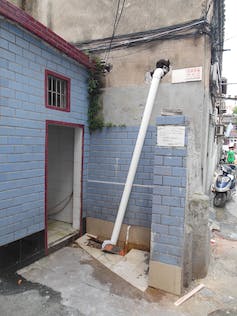 The desire to adopt modern conveniences – or live up to others’ expectations – has led countless urban migrant households to install flush toilets themselves. In most cases, these are not connected to municipal sewers. Rather, human waste is flushed directly into the street.

The municipal government is now slowly taking steps to modernise its remaining older neighbourhoods. But even where toilets are formally connected to the sewer – including in newly built residential compounds – not all waste ends up at a treatment plant. As in India, much of it eventually pollutes surrounding bodies of water and linked ecosystems.

It’s great that countries are backing the global drive for universal access to sanitation. But at the heart of these aims must be a desire to protect the environment and improve the health and wellbeing of the people – not recognition and awards. Otherwise, those most in need get left behind.

Deljana Iossifova, Purva Dewoolkar, and Youcao Ren, The University of Manchester. This article is republished from The Conversation under a Creative Commons license. Read the original article.