A Solution To Reducing Inflammation
Newsroom

A Solution To Reducing Inflammation 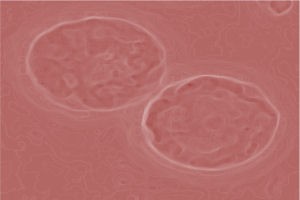 Research carried out at The University of Manchester has found further evidence that a simple solution, which is already used in IV drips, is an effective treatment for reducing inflammation.

The researchers also identified that hypertonic solution, which is a solution with an elevated concentration of salt, can ease inflammation purely through bathing in it – proving the Victorians were right to visit spa towns to “take the waters” for ailments like rheumatoid arthritis.

The research team, led by Dr Pablo Pelegrin, was investigating how cell swelling can control inflammation; the immune system’s first response to injury or infection.

They discovered that white blood cells swell in a similar way to how tissue swells around a wound. The team then went on to look at what causes the swelling.

The researchers injected solutions with low ions into mice. They found that these solutions acted as a danger signal, causing cells to swell. The swelling then activates a group of proteins called NLRP3 which then release inflammatory mediators. These activate neighbouring cells to increase inflammation.

However, when a hypertonic solution was administered to the mouse it drew the water out of the cells shrinking them back to their original size. This in turn deactivated the signal for inflammation.

Dr Pelegrin’s research provides further evidence for the use of hypertonic fluid therapy for the reduction of inflammation in the brain, a treatment that can reduce the amount of damage caused by illnesses such as stroke and epilepsy. His team has been able to show for the first time why the solution works at a molecular level.

It appears the hypertonic solution produces an osmotic gradient through the skin, which explains why hot springs, which have a hypertonic make up, can ease the pain of conditions such as rheumatoid arthritis.

Vincent Compan worked with Dr Pelegrin on this research in the Faculty of Life Sciences. He says: “This research opens up exciting opportunities for the use of hypertonic solution as a treatment for inflammatory illnesses such as arthritis. What we’ve identified has the potential to be used to help so many patients.”

Another aspect of the team’s research identified that the signalling process to activate inflammation is one of the oldest evolutionary processes. The researchers found that the same mechanism of cell swelling causes NLRP3 inflammasome activation in fish as well as mammals. This means it is one of oldest responses in the body leading to inflammation.

The research has recently been published in the journal Immunity.

Dr Pablo Pelegrin is holds an honorary position of Research Associate in the Faculty of Life Sciences at The University of Manchester. He is currently based at the Inflammation and Experimental Surgery Unit at the University Hospital “Virgen de la Arrixaca” in Murcia, Spain. He is available for phone interviews only.

Vincent Compan is a post doctoral researcher working in collaboration with Dr Pelegrin. He carried out much of the research at The University of Manchester. He is available for interviews in Manchester.

The paper was published in the journal Immunity on the 13 September 2012. The full title is “Cell Volume Regulation Modulates NLRP3 Inflammasome Activation.”

Images are available from the Press Office.