Academics ask why some girls are still not allowed to wear trousers to school? 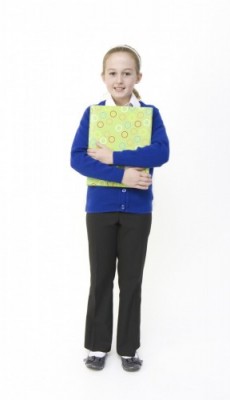 Banning girls from wearing trousers at school is outdated and falls short of the 2010 Equality Act according to two academics who are giving a debate on the subject this week (9 March).

Ending skirt-only uniform codes in all schools will be mooted at The University of Manchester’s social justice festival Just Fest during a talk to promote the nationwide anti-discrimination campaign Trousers for All.

“Everywhere you look you can see women and girls wearing trousers” said Dr Katia Chornik, one of the keynote speakers and a researcher from Manchester’s Music Department. “It beggars believe that in 2016 some schools are still banning girls from earing trousers and will send home any girl who turns up wearing them.”

Whilst there isn’t a nationwide trouser ban, it is still being enforced by some primary, secondary, public and private, faith and non-faith schools.

During the talk the academics will argue that the ban does not comply with the Department of Education’s School Uniform document and The Equality Act 2010 and Schools.

Dr Chornik continued: “Both documents emphasise the need to avoid uniforms which are expensive and which treat one sex less favourably than the other. In our view the practice of banning trousers for girls is gender discrimination and prejudice against females.”

Back in 1997 Professor Hale launched a campaign against her daughter’s school after it refused to allow her to wear trousers.

Professor Hale said: “We managed to get our case backed by the Equal Opportunities Commission in 2000. As a result, the school was forced to avoid a costly legal battle and resolved the dispute by announcing that, in future, girls would be able to wear trousers.

“Fifteen years after I fought my daughter’s school it is frustrating that a lot of schools still haven’t introduced trousers for girls. This is out of step with the modern world where organisations that have uniform codes which allow females to wear trousers, range from the brownies to the armed forces. Recently the British Airways female cabin crew won the right to wear trousers as part of their work.”

Academics ask why some girls are still not allowed to wear trousers to school?