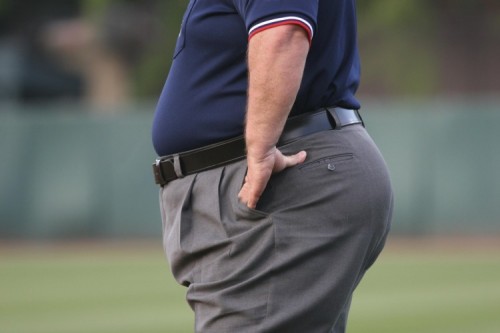 Substantial weight gain over many years increases the risk of obesity-related cancers in men by 50 percent and in women by almost 20 percent, according to new research presented at the National Cancer Research Institute’s (NCRI) Cancer Conference in Liverpool, today (Monday).

Researchers at The University of Manchester and The Health eResearch Centre, looked at weight gain over many years and assessed the risk of developing obesity-related cancers.

This is a new way of looking at the long-term impact of being obese throughout a person’s life and the link to developing cancer.

In the study of approximately 300,000 people in America, including around 177,500 men and 111,500 women, researchers categorised the population into five different lifetime weight trajectories. They looked at changes in BMI between the ages of 18 and 65.

Some people gained a little weight between the ages of 18 and 65 years, while others became morbidly obese.

The population was then followed up for an average of 15 years to see who went on to develop obesity-related cancers.

It found that men who went from a BMI of around 22 to 27 had a 50 percent increased risk of developing obesity-related cancer compared to a man who stayed within a healthy weight range. And in men who went from being overweight to morbidly obese, the risk went up by 53 percent compared to the same group.

Women who went from a BMI of 23 to around 32, had a 17 per cent increased risk in comparison to women whose weight started off in the healthy bracket and remained stable.

Being overweight or obese is the second biggest preventable cause of cancer in the UK after smoking and contributes to around 18,100 cases of cancer every year. It is linked to a range of cancer types including bowel, breast, and pancreatic.

Several of the obesity-related cancer types can only affect women – for example, womb cancer and ovarian cancer.

Dr Hannah Lennon, lead author and researcher at The University of Manchester, said: “This research shows how important it is to look at weight gain over a person’s lifetime – to give a clearer picture of cancer risk through life compared to assessing someone’s BMI at a single point.

“This study could also be really useful in public health. It could help identify people who would benefit the most from taking action to control their weight before any health problems arise – including a cancer diagnosis.”

Sir Harpal Kumar, Cancer Research UK's chief executive said: “This is a really interesting way to look at lifetime risk of obesity-related cancers and helps us understand the effects of weight gain over time.

“It’s important that people are informed about ways to reduce their risk of cancer. And while there are no guarantees against the disease, keeping a healthy weight can help you stack the odds in your favour and has lots of other benefits too. Making small changes in eating, drinking and taking exercise that you can stick with in the long term is a good way to get to a healthy weight – and stay there.”

Dr Karen Kennedy, Director of the NCRI, said: “This study provides a deeper understanding of the health implications caused by the obesity epidemic. It helps paint the picture of how risk could accumulate over time for different people, and could provide health professionals with a means to asses an individual’s risk.”

This work is funded by Cancer Research UK as part of the National Awareness and Early Diagnosis Initiative (NAEDI). Supported by the Farr Institute and linked with the new NIHR Manchester BRC Cancer Prevention and Early Detection theme. 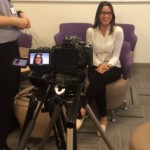 This study could also be really useful in public health. It could help identify people who would benefit the most from taking action to control their weight before any health problems arise – including a cancer diagnosis