The radiotherapy regimes, given either once-daily or twice-daily together with chemotherapy, tripled 5-year survival rates for the hard to treat cancer from 10% in studies conducted in the 1980s with chemotherapy alone to 35% in this study.

The study was funded by Cancer Research UK.

Five-year survival was 34% in the twice daily group and 31% in the once-daily group.

Study leader Corinne Faivre-Finn, a Professor of lung cancer radiotherapy at The University of Manchester, says the results were partly down to the use of modern radiotherapy techniques.

The techniques include 3-dimensional radiotherapy and intensity modulated radiotherapy which shapes the radiation beams very precisely to mirror the outline of the tumour.

Patients were recruited at 73 centres in 8 countries, with the help of the European Organisation for the Research & Treatment of Cancer, the Canadian Cancer Trials Group, Spanish Lung Cancer Group, and the French Lung Cancer Group.

Patients on this study treated with advanced radiotherapy regimes also coped better with the side effects compared to other studies, including the landmark 1999 US Intergroup study, as severe side effects were less marked. 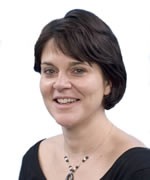 I have followed previous studies done over the last 30 years, including the US Intergroup study, and have not seen better outcomes than this - so it’s very pleasing indeed

Severe inflammation of the oesophagus (gullet) led to hospitalisation in 20% of patients, compared to 34% in the US Intergroup study.

Compliance rates to the concurrent chemo-radiotherapy treatment were high, with less than 10% of patients not receiving any radiotherapy.

Professor Faivre-Finn said: “SCLC is a hard to treat cancer because it is associated with a rapid tumour doubling time and early dissemination outside the thorax.

“Despite excellent response to both chemotherapy and radiotherapy in most patients, the cancer will usually recur both locally but also distantly.

“However, the twice-daily and once-daily regimes we tested showed the best survival and toxicity rates compared to previously reported studies.

“I have followed previous studies done over the last 30 years, including the US Intergroup study, and have not seen better outcomes than this - so it’s very pleasing indeed.”

She added: “Radiotherapy is a hugely important part of treatment for limited stage small cell lung cancer as it helps to control the local disease in combination with chemotherapy.

“We hope this study will establish a standard treatment in limited stage small-cell lung cancer. Currently in the UK less than 20% of centres give twice daily radiotherapy routinely.”

Anna Perman, Cancer Research UK’s senior science communications manager, said: “Outcomes for people with lung cancer have been very poor for a long time, so Cancer Research UK has dramatically increased the amount it spends on research into this type of cancer. A crucial part of that work is finding the most appropriate way to give treatments like radiotherapy. Before this study began there had been few large clinical trials of this type in small cell lung cancer. We’re delighted that the CONVERT trial is making a real difference in how we treat lung cancer patients.”