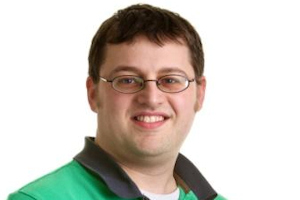 A dementia researcher based at The University of Manchester and Central Manchester University Hospitals NHS Foundation Trust has landed a £30k award from Alzheimer’s Research UK for a pioneering research project getting underway this month.

September is World Alzheimer’s Month and will see Dr Richard Unwin start an innovative project studying thousands of proteins in the brain to build a molecular map of what happens in Alzheimer’s disease.

Alzheimer’s Research UK is the UK’s leading dementia research charity, specialising in finding preventions, treatments and a cure for dementia. The charity currently funds £22m of dementia research across the UK including half a million pounds at The University of Manchester.

Alzheimer’s disease is the most common cause of dementia and is thought to affect around 500,000 people across the UK. With no treatments currently available to slow or stop Alzheimer’s, only to help with symptoms, there is an urgent need for research to understand what’s happening in the brain in the disease and how it can be stopped.

Dr Unwin plans to tackle the problem by looking in-depth at how Alzheimer’s changes the biology of different areas of the brain. He will do this by mapping the relative amounts of over 3000 proteins in the brain to study the biology of these areas in detail. He will do this using tissue kindly donated by people with and without the disease. Doctors can currently study how the brain looks and how it functions on a large scale using brain scans but this project will allow researchers to build a bigger picture of how this important organ works on a very detailed molecular level.

Dr Unwin, who works at the Centre for Advanced Discovery and Experimental Therapeutics (CADET), said:

“I’m really pleased to have won this award, which will support an important new project in my laboratory. We’ve already started to study the metabolism of seven different areas of the brain in Alzheimer’s – that is the chemical reactions that generate the energy brain cells need to work – and we see some important changes associated with the development of the disease. This new funding will help us to expand our research by looking at thousands of proteins in the brain to get even more detailed information about how these changes are controlled, and how the brain is working. We can ultimately use these data to build detailed maps of how Alzheimer’s affects the human brain.

The research team plans to make all their data from this project available for other dementia researchers around the world to make progress faster.

“This innovative Pilot Project has the potential to give us large amounts of detailed information about the brain and how it is affected in Alzheimer’s. The closer we can get to understanding what’s driving this disease, the better chance we have of designing effective treatments to help the thousands of people affected by it.

“While awareness of dementia has grown over recent years, funding for research still lags behind other common conditions. To deliver real improvements for people with Alzheimer’s and other dementias we must see increases in funding for research. As a fundraising charity, we don’t receive any government support so we’re very grateful for our supporters who have made this research possible.”

• Alzheimer’s Research UK is the UK’s leading charity specialising in finding preventions, treatments and a cure for dementia. Our Defeat Dementia campaign, a pledge to raise £100 million in five years to grow the research field and accelerate progress towards new treatments and preventions, was announced by the Prime Minister at the G8 legacy event on 19 June 2014. For more information visit www.dementiablog.org/defeat-dementia To help us defeat dementia, donate today by visiting www.alzheimersresearchuk.org or calling 0300 111 5555. We are currently supporting dementia research projects worth over £22 million in leading Universities across the UK.
• Central Manchester University Hospitals NHS Foundation Trust is a leading provider of specialist healthcare services in Manchester, treating more than a million patients every year. Its eight specialist hospitals (Manchester Royal Infirmary, Saint Mary's Hospital, Royal Manchester Children's Hospital, Manchester Royal Eye Hospital, University Dental Hospital of Manchester and Trafford Hospitals) are home to hundreds of world class clinicians and academic staff committed to finding patients the best care and treatments. (www.cmft.nhs.uk)
Some modules are disabled because cookies are declined. Accept cookies to experience the full functionality of this page.
ACCEPT COOKIES
We use cookies to optimize the website, no personal information is stored. Learn more
DECLINE COOKIES ACCEPT COOKIES