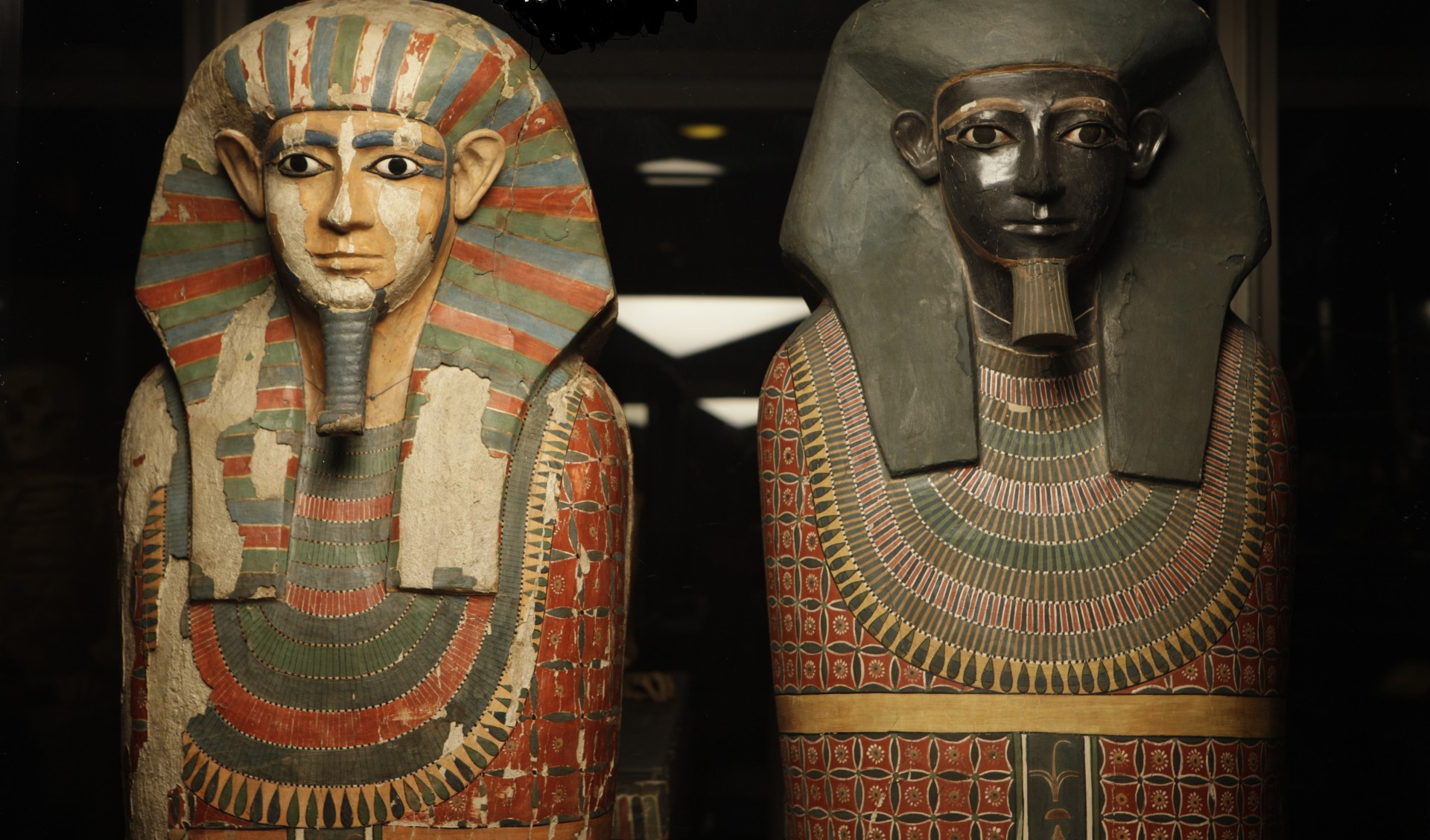 Using ‘next generation’ DNA sequencing scientists have found that the famous ‘Two Brothers’ mummies of the Manchester Museum have different fathers so are, in fact, half-brothers.

The Two Brothers are the Museum’s oldest mummies and amongst the best-known human remains in its Egyptology collection. They are the mummies of two elite men - Khnum-nakht and Nakht-ankh – dating to around 1800 BC.

However, ever since their discovery in 1907 there has been some debate amongst Egyptologists whether the two were actually related at all. So, in 2015, ‘ancient DNA’ was extracted from their teeth to solve the mystery.

But how did the mystery start? The pair’s joint burial site, later dubbed The Tomb of The Two Brothers, was discovered at Deir Rifeh, a village 250 miles south of Cairo. They were found by Egyptian workmen directed by early 20th century Egyptologists, Flinders Petrie and Ernest Mackay. Hieroglyphic inscriptions on the coffins indicated that both men were the sons of an unnamed local governor and had mothers with the same name, Khnum-aa. It was then the men became known as the Two Brothers.

When the complete contents of the tomb were shipped to Manchester in 1908 and the mummies of both men were unwrapped by the UK’s first professional female Egyptologist, Dr Margaret Murray. Her team concluded that the skeletal morphologies were quite different, suggesting an absence of family relationship. Based on contemporary inscriptional evidence, it was proposed that one of the Brothers was adopted.

It was a long and exhausting journey to the results but we are finally here. I am very grateful we were able to add a small but very important piece to the big history puzzle and I am sure the brothers would be very proud of us. These moments are what make us believe in ancient DNA.

Therefore, in 2015, the DNA was extracted from the teeth and, following hybridization capture of the mitochondrial and Y chromosome fractions, sequenced by a next generation method. Analysis showed that both Nakht-Ankh and Khnum-Nakht belonged to mitochondrial haplotype M1a1, suggesting a maternal relationship. The Y chromosome sequences were less complete but showed variations between the two mummies, indicating that Nakht-Ankh and Khnum-Nakht had different fathers, and were thus very likely to have been half-brothers.

Dr Konstantina Drosou, of the School of Earth and Environmental Sciences at the University of Manchester who conducted the DNA sequencing, said: “It was a long and exhausting journey to the results but we are finally here. I am very grateful we were able to add a small but very important piece to the big history puzzle and I am sure the brothers would be very proud of us. These moments are what make us believe in ancient DNA. ”

The study, which is being published in the Journal of Archaeological Science, is one of the first to successfully use the typing of both mitochondrial and Y chromosomal DNA in Egyptian mummies.

Dr Campbell Price, Curator of Egypt and Sudan at Manchester Museum, said: “The University of Manchester, and Manchester Museum in particular, has a long history of research on ancient Egyptian human remains. Our reconstructions will always be speculative to some extent but to be able to link these two men in this way is an exciting first.”