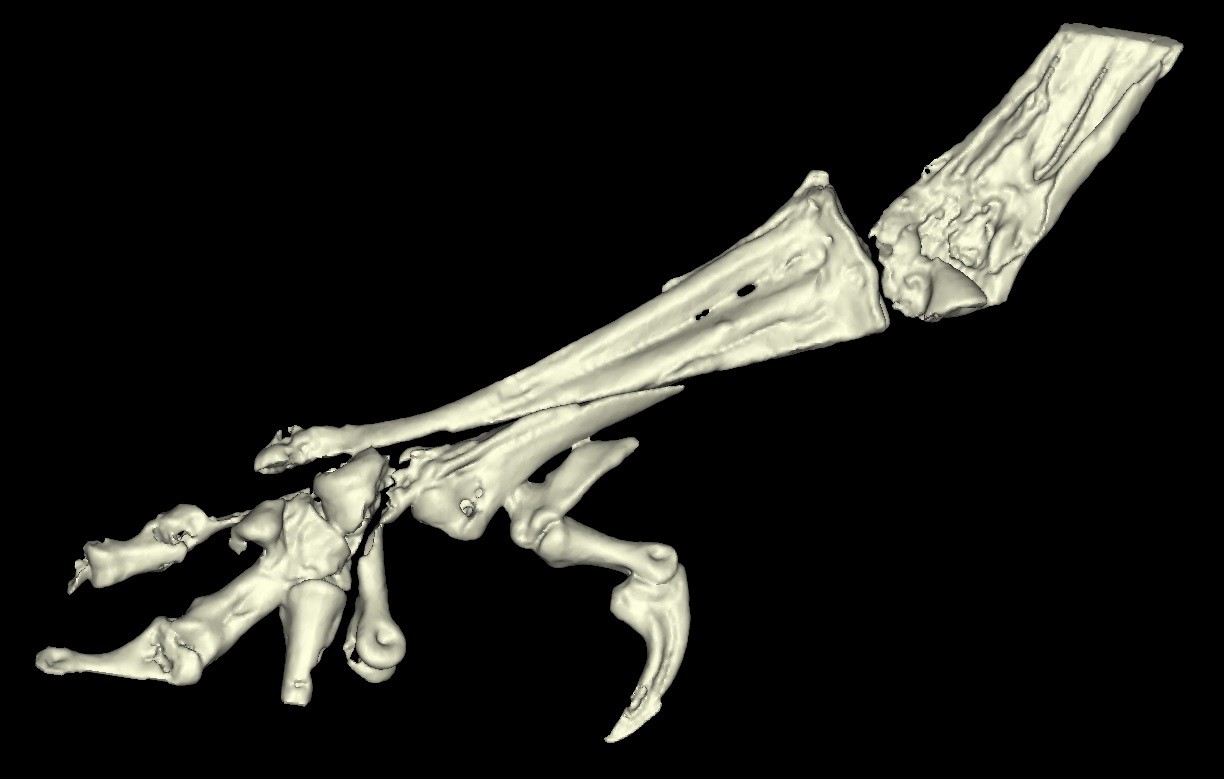 Researchers from the UK and China have found that living birds have a more crouched leg posture than their ancestors, who are generally thought to have moved with straighter limbs similar to those of humans. The study, published in Nature Communications, highlights how birds shifted towards this more crouched posture.

Experts from The University of Manchester, The Royal Veterinary College and China’s Nanjing University studied the lower leg of a Confuciusornis bird, which was fossilised in volcanic ash and lake sediments in China 125-145 million years ago.

They found that the fossil had amazingly well-preserved soft tissues around the ankle joint, including cartilage and ligaments. “These soft tissues were not just preserved as an ashen replacement of the former tissue, as sometimes happens - rather, the structure of the tissues was preserved at a microscopic level”, said Professor Baoyu Jiang, a co-author of the study from Nanjing University.

Imaging methods showed that the detailed anatomical preservation extended to the molecular level, with some of the original chemistry of the bird’s tissues remaining. In particular, the team found evidence of fragments of the collagen proteins that made up the leg ligaments, which matched the preservation at the microscopic tissue level of detail.

These findings tally with an expanding body of evidence that, under special conditions, some biological molecules - including even amino acids or partial proteins - can survive over millions of years in the fossil record.

The preservation in this fossil was exceptional, and  allowed us to resolve subtle but important chemical and structural details within this critical early species of bird.

“The new information we gained about the anatomy of the cartilages and tendons show that this early bird had an ankle whose form fit an intermediate function between that of early dinosaurs and modern birds,” said Professor John R. Hutchinson from the Royal Veterinary College, who led the study. “Overall, this reinforced other lines of evidence that the more crouched, zigzag limb posture of birds evolved gradually from early dinosaurs to birds, with even these early birds having limbs that were built and worked differently from those of living birds, but were approaching the modern condition.”

The research was funded by the National Science Foundation of China, Leverhulme Trust, and the UK’s Natural Environment Research Council. It was enabled by international collaboration between many scientists from fields as diverse as palaeontology and ornithology, biomechanics, geology and geochemistry, medical imaging and physics, and shows how a combination of sophisticated technologies with fast-paced discoveries of spectacular fossils is revealing new insights into how major changes in anatomy, physiology and behaviour took place in animals.