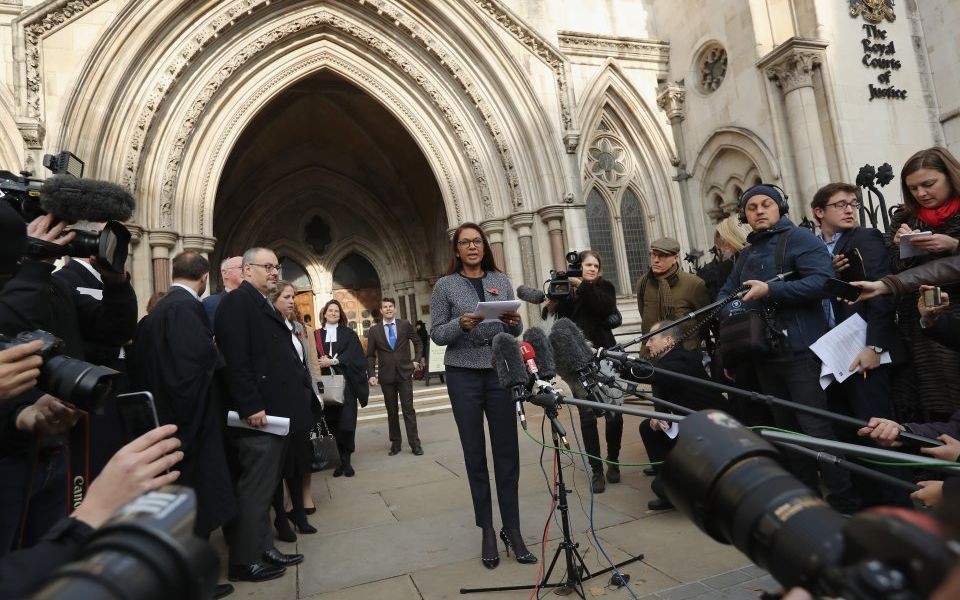 The UK's highest court has today dismissed the government's appeal in a landmark case about Brexit, meaning Parliament will be required to give its approval before official talks on leaving the EU can begin. Here, Senior Lecturer in Law Dr Javier García Oliva casts his expert eye over the case.

The Supreme Court has ruled by a majority of eight to three that an Act of Parliament is necessary to trigger Article 50 and the formal Brexit process, and this judicial disagreement reflects the highly technical and complex nature of the issues at stake. Both the majority and dissenting voices have been keen to stress that legal principles were their sole concern, and that there was no political dimension to the views expressed. Even though bitter ideological battles continue to rage in the media and the blogosphere, and the Miller case has been closely followed by commentators on both sides of the Brexit divide, the Supreme Court was required to close its ears to the political din.

A second and equally fraught issue in the case was devolution: did the legislative bodies of Scotland, Wales and Northern Ireland have to consent to the United Kingdom’s departure from the European Union? Here the Supreme Court concluded universally and firmly in the negative. In strict legal terms Westminster has retained control over foreign policy and international relations, and although there are, undeniably, major political battles which are still being fought over this territory, they must be contested outside of the legal arena.

The thorny legal issues, upon which the judges were divided, related to the respective powers of the Government (the Executive) and Parliament. The majority judgment was given by Lord Neuberger, who began by reiterating some fundamental principles of the British Constitution, namely: 1) the role of the judiciary in upholding and furthering the Rule of Law; 2) the sovereignty of Parliament, a concept which encapsulates the authority of Parliament to make or unmake any law; and 3) the prerogative powers of the Crown, now exercised by Ministers of the Government.

This residual prerogative, which gives constitutional legitimacy to many of the necessary actions and activities which Ministers undertake in order to carry out their duties, is an uncontroversial and accepted part of the machinery of State. However, outside of the very specific circumstances which Lord Neuberger dealt with (see further paras 52-53 of the judgment), Ministers cannot exercise this power in ways which alter the law or legal rights of citizens.

Ordinarily, Ministers rely on the prerogative in relation to entering into, changing or withdrawing from international Treaties and agreements. In general, this does not conflict with the rule against using it to alter the law, because the State is dualist in nature. In other words, international treaties have no legal consequences domestically, unless and until Parliament passes legislation bringing them within British law. This explains why some important inter-country agreements which Britain has signed, such as the United Nations Convention on the Rights of the Child, do not form part of our legal system, and it supports the understanding that Parliament is supreme in law-making terms.

However, departing from the European Union would mean that EU law will no longer be part of domestic law, and according to the majority ruling, this would conflict with the principle against using the prerogative to make internal legal changes. Therefore, an Act of Parliament is required to do this.

It was argued for the Government that the referendum on EU membership had been authorised by an Act of Parliament in 2015, and that this rendered further legislation unnecessary. Nevertheless, the eight judges were unpersuaded, and considered that the effect of any particular referendum would depend upon the statute which generated it.

For instance, some statutes, such as the Scotland Act 1978 and the Parliamentary Voting System and Constituencies Act 2011, have provided for very specific consequences. However, the majority of the Supreme Court noted the contrast between these and the legislation relating to the two referenda on membership of the European Community and EU, in 1975 and 2015 respectively, and as a result, in the absence of clear advance provision, the judges considered that an Act of Parliament would be required to give effect to a referendum in a way which altered domestic law.

It is interesting to note that the dissenting judges interpreted the situation differently, whilst essentially agreeing on the two key principles to be applied (namely that Ministers are entitled, and frequently required, to use prerogative powers to make international agreements, and also that prerogative powers may not generally be used to alter the law). In the understanding of Lords Reed, Carnwarth and Hughes, the European Communities Act 1972 simply provided that such law would apply whilst the relevant Treaties applied to the UK. The 1972 Act came into force on 17th October of that year, but had no practical legal consequences until the Treaty of Accession was ratified and came into force. Thus, in the view of the dissenting judges, any legal rights were contingent on the Treaties according to the conventional rules of statutory interpretation.

Obviously, the minority interpretation did not carry the day, and the remit and supremacy of Parliament was powerfully affirmed. Confirmation that Parliament is the final arbiter of the democratic will of the people is broadly to be welcomed, and given the momentous significance of the decision, it is appropriate that any doubt about the intention of Parliament (in both 1972 and 2015) should be remitted to Parliament for resolution.