Beethoven’s ‘greatest work’ Missa Solemnis to be performed at University 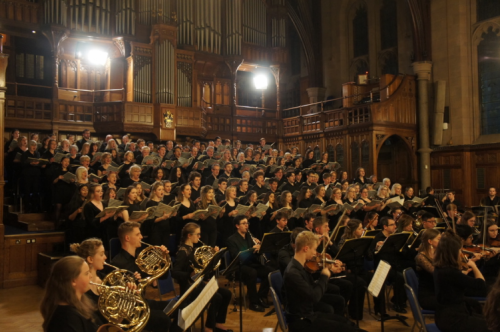 2019-2020 season has been described by Robert Guy as his ‘most adventurous season yet with Chorus’, and the season will be off to a flying start with a performance of Beethoven's Missa Solemnis, which was described by Beethoven himself as his ‘greatest work’.

Barry Cooper is a world-leading expert on Beethoven who has recently published a new critical edition of this masterpiece. This will be the first performance of this new edition, which contains a number of significant changes. He states his ‘edition restores Beethoven’s intentions.’

"My chief aim," wrote Beethoven, "was to awaken religious feelings and make them endure, as much in the singers as in the listeners". Perhaps his aim will be fulfilled at the concert on 30 November?

To find out more, and to book please click here: http://events.manchester.ac.uk/event/event:x8r-jz3wdvcp-523wvn