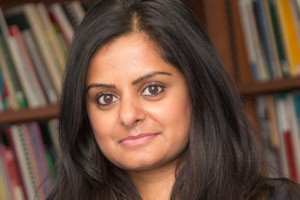 Researchers from The University of Manchester in collaboration with Keele and Southampton Universities have published new findings which shed light on the poor outcomes of South Asian people with diabetes in the UK.

Analysis of interviews with South Asian people, published in a paper in the journal BMC Family Practice, shows that especially among first generation immigrants, fatalistic and treatment beliefs are often a hindrance to managing the condition.

The South Asian population in the UK has a higher incidence of diabetes and poorer health outcomes from treatment than the general population, but studies in the past have not focused on the role of social networks or assessed beliefs about diabetes to explore self-management behaviours in this population.

Dr Neesha Patel, the health psychologist who led the study, said: “Many of the people we interviewed have conflicting views about the causes of their diabetes which seems to have an impact on how they manage it.  Some believe that the state of their health is out of their control, and also have limited knowledge of diabetes being related to genetics and lifestyles factors.”

The study also revealed the strengths of family networks in supporting people to manage their diabetes.  Many people without a good command of English were helped by their children to research their condition online and in other households where women took a prime role in shopping and cooking, diet was carefully managed.

On the other hand incorrect information about the value of herbal remedies and types of food to eat was also spread around these networks.

Dr Patel added: “This study explored peoples’ personal beliefs about diabetes and the support received from other people to manage diabetes, which are often overlooked when producing culturally specific treatment plans and information.

“By examining the wider context as a whole and studying the role this plays in the management of diabetes, we recommend that these factors should be considered in routine diabetes care.

“Education guidelines also need to be developed for health care practitioners on how to account for cultural health beliefs in consultation in order to identify barriers to diabetes management.

“By getting this right, health services can go some way to addressing the inequality of diagnosis and the difficulties with self-management which South Asians with diabetes currently experience.”

The research was funded by The Collaboration for Leadership in Applied Health Research and Care (CLAHRC), which aims to improve the health of people in Greater Manchester and beyond through carrying out research and putting it into practice.

The paper, ‘Illness beliefs and the sociocultural context of diabetes self-management in British South Asians: a mixed methods study’, was published in the journal BMC Family Practice.