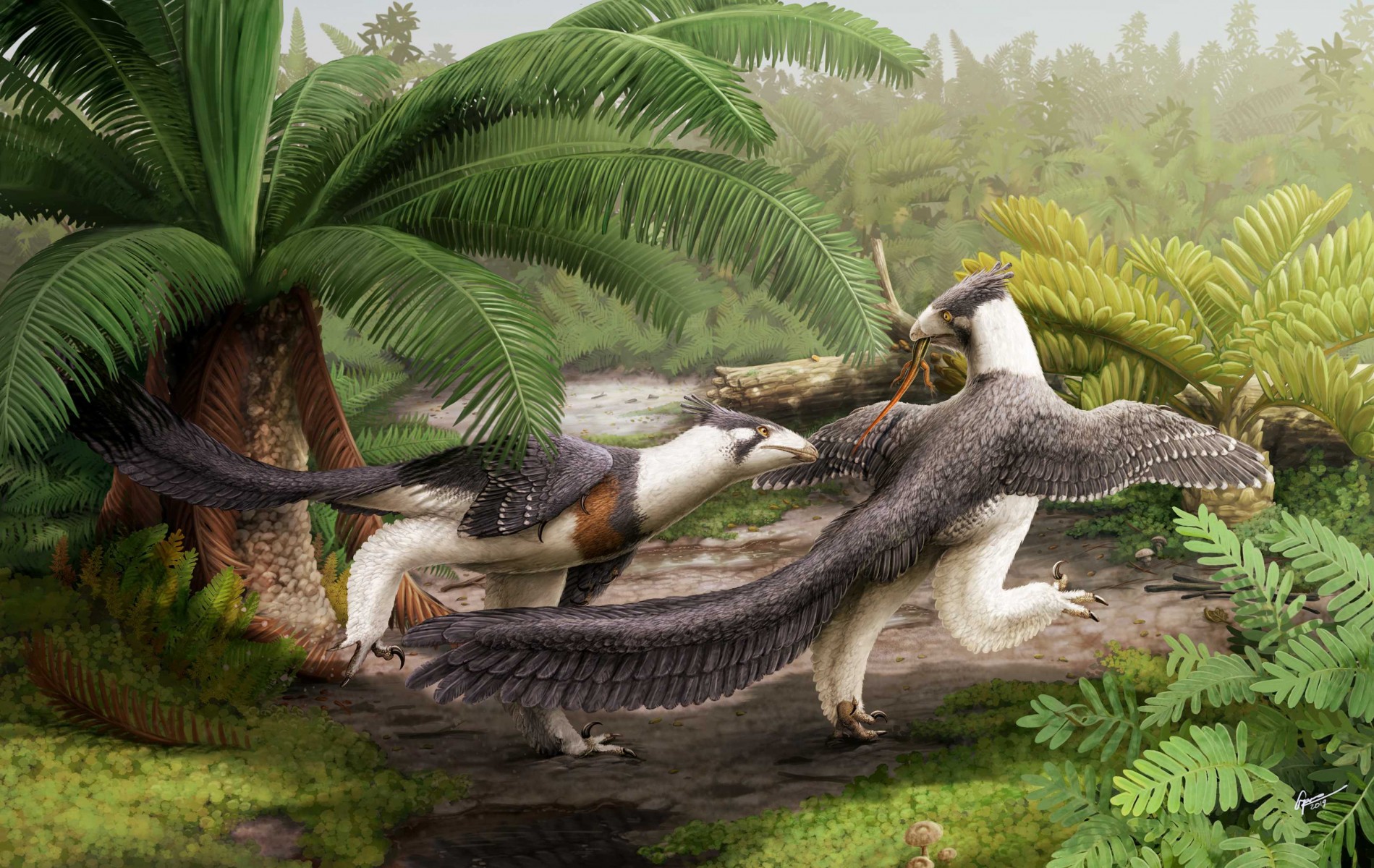 A team of palaeontologists from the UK and US have identified a one of a kind 150 million-year-old dinosaur skeleton. The specimen has been classified as a new species to science with the discovery also raising questions about the evolution of avian flight.

During the summer of 2001, the skeleton was discovered while removing overlying rock during the excavation of Wyoming’s longest dinosaur, Supersaurus. The quarry was located in the steep slopes of the famous Morrison Formation. Most dinosaur fans will be familiar with other Morrison Formation celebrities such as Stegosaurus, Diplodocus and Allosaurus. This new chicken-sized, carnivorous dinosaur lived in a world populated by giants. It is the smallest dinosaur ever found in Wyoming.

Co-author of the study, Bill Wahl, who is the preparation laboratory manager at the Wyoming Dinosaur Centre and the palaeontologist who found and collected the specimen, recalled just how exciting the find was: “We were removing a ledge of overburden rock and found – unfortunately with a shovel – some tiny, delicate bones poking out. We immediately stopped, collected as much of the bones as possible and spent the next few days frantically searching for more. Only after some of the bones were cleaned did we realise that we had found something spectacular.”

In 2005, the specimen was donated to the Big Horn Basin Foundation, a research and educational non-profit that in 2016 merged with the Wyoming Dinosaur Centre to form a new non-profit foundation, where the specimen is now curated.

I remember the first time I laid my eyes on this little dinosaur. Even back then, I knew it was a significant discovery. But, it wasn’t until 2015 when our dino team formed and we began to study ‘Lori’ in much more detail than ever before. 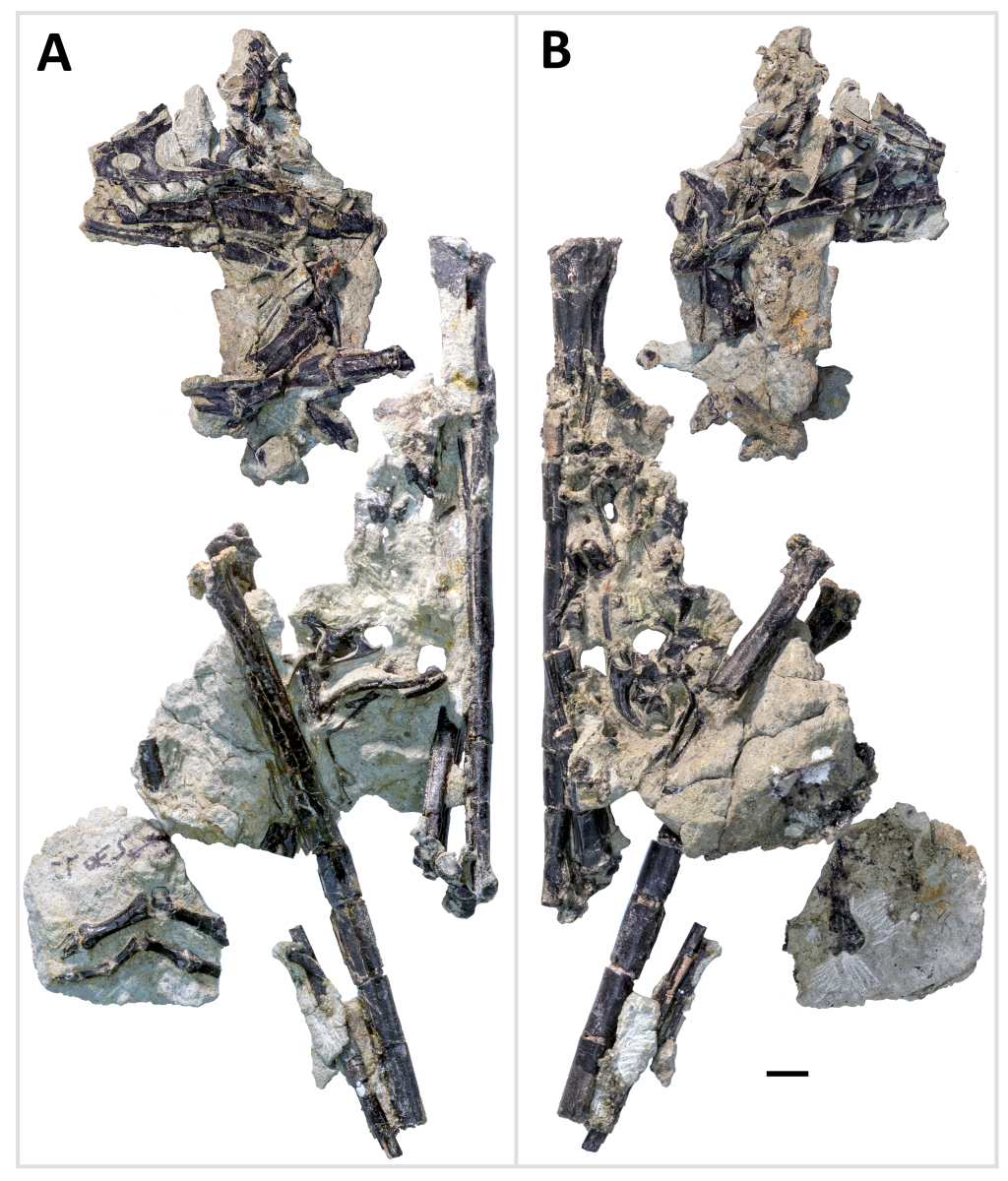 The specimen has been known in scientific circles for several years, but only by its nickname ‘Lori’, or as ‘the Lori specimen’. Yet, it had remained the subject of unpublished research until now. The study was published in PeerJ, co-author Dean Lomax is a palaeontologist and visiting scientist at The University of Manchester who first saw the specimen in 2008 (then aged 18).

“I remember the first time I laid my eyes on this little dinosaur. Even back then, I knew it was a significant discovery. But, it wasn’t until 2015 when our dino team formed and we began to study ‘Lori’ in much more detail than ever before. In fact, the project took a major step forward with a successful crowdfunding campaign launched through experiment.com in 2016, for which we are grateful to everybody who kindly donated and helped make this project happen”.

Lori has also now received its formal, scientific name, Hesperornithoides miessleri. Hesperornithoides is a combination of ‘Hesper’, referring to the discovery in the American West, and ‘ornis’ for the bird-like form of the dinosaur, whereas the species name honours the Miessler family, whose land the specimen was found on and who have been avid supporters of the project.

One of the other key findings of the study relates to the origin of avian (bird) flight. In particular, Hesperornithoides is a highly terrestrial proto-bird, suggesting that many features we associate with being bird-like evolved in dinosaurs that lived out their lives on the ground.

Lead author and PhD candidate at The University of Wisconsin-Madison, Scott Hartman said: “We wanted to expand the dataset used to test dinosaur-bird relationships, so we added hundreds of new species and tens of thousands of new characters. We found that Lori is a primitive member of a group of dinosaurs that includes Troodon, but perhaps more importantly we discovered that the smaller details of the family tree of bird-like dinosaurs isn’t quite as resolved as some researchers would claim.”

Hartman continued: “For example, it only takes a few changes in the dataset for Hesperornithoides to be found as a closer relative of Velociraptor than of Troodon. One robust finding we did come up with is that even as the interrelationships changed, the primitive members of all these groups were non-flying ground dwelling dinosaurs. That means that some small relatives of Velociraptor such as Microraptor that looks like it could have glided evolved this separately from the modern bird family.”