Joe Foster, co-founder of Reebok shared his journey from working in the family business (J.W. Foster and Sons) to a family feud that gave rise to the iconic brand as we know it – Reebok! 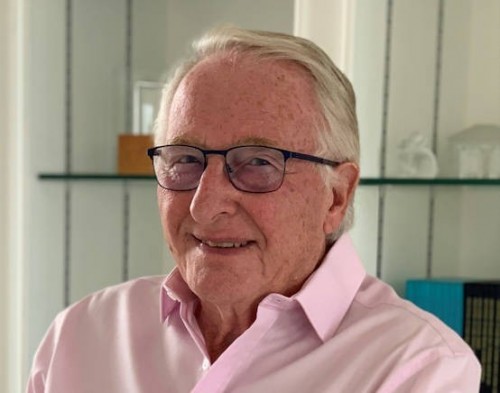 Back in 1943, eight year old Joe won a 60 yard race (thanks to the family spiked running shoes) and he won a Webster’s Dictionary. Little did eight year old Joe know, years later he would be scouring the pages until he found the perfect name for his sneaker company. Mercury Sports Footwear was founded in 1958 before changing its name to Reebok (rhebok; a small South African antelope) eighteen months later.

Reebok became a quick global phenomenon, reaching as far as outer space in Aliens in the form of alien stompers worn by Sigourney Weaver. Joe tells all in his new book Shoemaker: The Untold Story of the British Family Firm that Became a Global Brand. He joined Lynn Sheppard, Director of the Masood Entrepreneurship Centre, to discuss the Reebok journey and offer his best advice for young entrepreneurs.

Joe’s words of wisdom for entrepreneurs is an important factor that many of us forget – have fun!

Entrepreneurs should learn, absorb and take risks but also have fun while you’re doing it.

If you’re a student or recent graduate of The University of Manchester and have an idea for a business then please do get in touch with us at entrepreneurship@manchester.ac.uk.