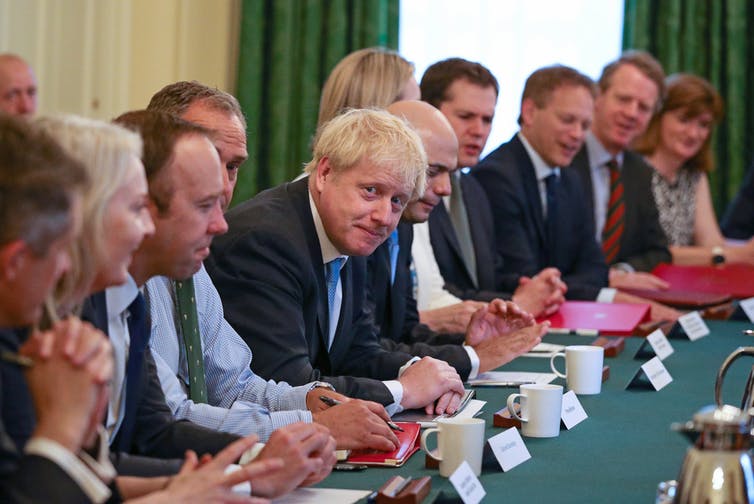 As Boris Johnson begins his term as British prime minister, he takes charge of a country facing a series of overlapping crises. Alongside the constitutional and political crises provoked by the Brexit process, are wider social and economic problems of homelessness and poor productivity. But one of the most significant challenges he faces is the UK’s current identity crisis.

Countries, like people, have identities, and that’s remained true of Britain since the EU referendum of 2016, regardless of the divisions that have hardened since.

Precisely identifying what a country’s identity is can be a difficult process, but Britain certainly imagines itself to be a major international player, focused on upholding the rules-based international order. Under that overarching identity, there are a host of other identities at play – some of them longstanding, but two of significant importance that have only emerged since that referendum: Leave, and Remain.

Research on Brexit identities published by the UK in a Changing Europe research group in January 2019, found that while Remain as an identity appeared later than Leave during the referendum campaign, they are now roughly of equal strength.

The electorate are therefore broadly divided between two powerful identity blocs, of roughly equal size. As we saw in the European parliamentary elections, they are strongly polarised – the two parties that finished top of that ballot, the Brexit Party and the Liberal Democrats, represent the clearest articulation of each side of this divide.

These identities are deeply and sincerely held on both sides. They are defined in part by a rejection of the other identity, but also by what positive vision they hold for the future. This poses a significant challenge for politicians and civil servants seeking to lead the UK through the process of leaving the EU, and through a host of related policy issues around trade, immigration, and so on. 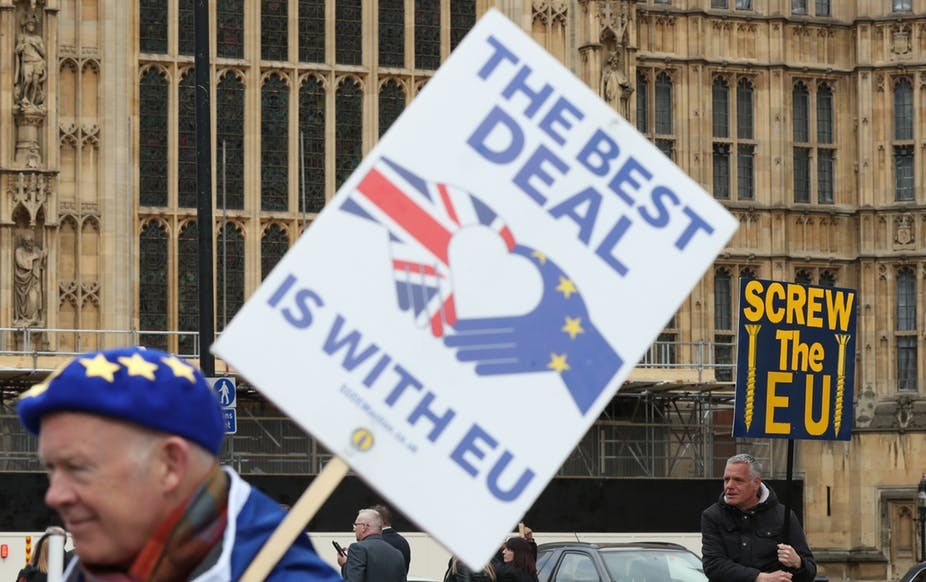 The polarisation between Leave and Remain is often commented on in dark tones. Many have said that the UK is irreparably divided and therefore dysfunctional to the point of impeding the ability of any one party to govern it effectively.

Others claim that the referendum and then Brexit itself created and then embedded unbridgeable divides between these two large groups of voters. This gap will be near impossible to surmount, particularly as research shows these voters interpret the same economic data differently.

But there is also reason to believe that some common ground can be found here. Both sides do hold a set of common beliefs. Both, for example, have extolled the virtues of openness. For Leavers, Britain’s membership of the EU was a barrier to being a globally connected and accessible country, for Remainers it was a means to facilitate that.

Both sides have also argued that Britain is an important country in global terms. While Remainers say this is, in part, due to membership of the EU which serves to amplify Britain’s voice in the world, Leavers say it’s despite the country being inside the union, and that Britain’s importance may even be enhanced by leaving. The commonalities here reflect elements of the overarching identities such as Britishness that cross both groups.

The downside is that these concepts might not be firm bases upon which to bring the country together. This can play out in two ways. Either neither side will recognise the other as truly sharing the value that they proclaim. Openness is a good example here. Both sides proclaim that they value openness, but that the other is in favour of being closed off from the world – either because they seek to detach the UK from the EU, or because they seek to keep the UK inside the club.

The other possibility is that, when a common ground issue is used to try and build a consensus, it is co-opted by one side or another, and so the bridge to common ground is lost.

Either way, British politicians will need to try and reunite the country. Indeed, the newly appointed prime minister made it the second point of his campaign list – but only after delivering Brexit. Electorally, it will be difficult for him, or any party leader, to get a majority in a general election in a country that is so divided on what has become such a central issue.

When it comes to building public support for policies to tackle the myriad crises facing Britain – from immigration policy to regional devolution – the same problem persists: policies can be perceived radically differently by the two identity groups. Seeking to bridge that gap will be hard.

The way forward should centre on speaking to the common ground that does exist, but also spending more time discussing trade offs and compromise. Johnson does not appear to have adopted this strategy – the immediate reaction to his government appointments has been to colour it as a more, not less, divisive government, and his rhetoric on Brexit has not shown much sign of compromise.

Public figures from both sides of the Leave and Remain divide will have to discover more overt enthusiasm for compromising if they want to draw the venom out of the Brexit identity clash. Otherwise, governing the UK will continue to be far more challenging that it was before 2016 for some time to come.

Timothy Oliver, Lecturer in British Politics and Public Policy, University of Manchester. This article is republished from The Conversation under a Creative Commons license. Read the original article.