Cancer cells turn healthy cells to the ‘dark side’ 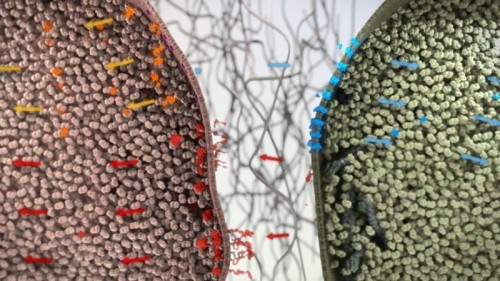 Cancer cells use a mutant gene to coerce neighbouring healthy tissue into helping with the disease’s growth and spread, a major new study reports.

Healthy cells are persuaded to release unique growth signals which cancer cells can use to multiply but cannot secrete themselves, researchers found.

Their study sheds light on how cancer cells and normal cells communicate with each other, and could open up new approaches to cancer treatment.

The research was published in the prestigious journal Cell on Thursday 14 April 2016, and was funded by the Wellcome Trust, Cancer Research UK and the Rosetrees Trust.

Scientists at The Institute of Cancer Research, London, and the Cancer Research UK Manchester Institute based at The University of Manchester found that faulty versions of the KRAS gene – often mutated in cancer – can have an important effect on healthy tissue.

The study showed for the first time that there is a communication loop with a cancer-causing gene controlling cancer via healthy stromal cells.

The researchers studied communication networks in cells from a type of pancreatic cancer called pancreatic ductal adenocarcinoma – one of the most deadly forms of cancer, responsible for around 9,000 deaths each year in the UK.

KRAS is mutated in more than 90% of pancreatic cancer and in nearly 20% of all cancers.

Watch the video below (provided by the Institute of Cancer Research), for more:

The team studied thousands of different growth factors, proteins and receptors across different pancreatic ductal adenocarcinoma cells to see how signals were being transmitted.

They recognised well-known pathways that KRAS uses to communicate with neighbouring healthy cells, but also noticed something unusual. By monitoring proteins in the two cells at the same time, they discovered that healthy cells were responding with a totally new message – a message that doubled the capacity for KRAS to drive malignant behaviour in the cancer cells.

Study author Dr Chris Tape, Sir Henry Wellcome Research Fellow at the ICR, said: “What our research underlines is that cancer cells do not drive the growth and spread of tumours alone – they can bully their healthy neighbours into helping them.

“Some pancreatic tumours have more healthy stromal cells within them than they do cancer cells, so understanding how cancer cells turn their neighbours into allies is critically important. We have discovered exactly how cancer cells can persuade stromal tissue to secrete key growth signals, and in doing so opened up exciting new possibilities for treatment."

Dr Claus Jorgensen, who led the research at The Institute of Cancer Research, London, and is now a junior group leader at the Cancer Research UK Manchester Institute, The University of Manchester said: “We now know that tumours are a complex mix of genetically diverse cancer cells and multiple types of healthy cells, all communicating with each other via an intricate web of interactions.

“Untangling this web, and decoding individual signals, is vital to identify which of the multitude of communications are most important for controlling tumour growth and spread. We have identified a key role played by the most commonly mutated gene in cancer in communicating with healthy cells. Blocking its effects could be an effective cancer treatment.” 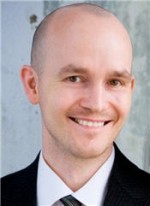 Untangling this web, and decoding individual signals, is vital to identifying which of the multitude of communications are most important for controlling tumour growth and spread.

Cancer cells turn healthy cells to the ‘dark side’