Throughout October, the School of Arts, Languages and Cultures (and the wider University of Manchester community) celebrated Black History Month with a series of events and resources. 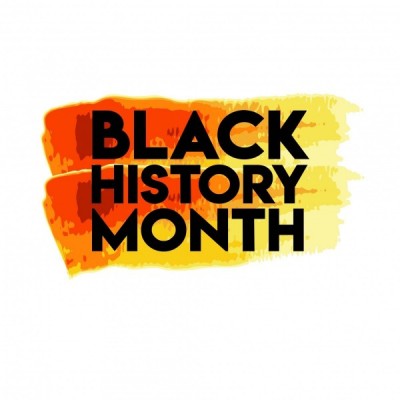 From 'in conversations', to workshops, to reading lists, these activities have now been archived and are available for all to view online.

On the same day, Creative Manchester and the History Department hosted ‘In Conversation with David Olusoga’, the historian, broadcaster and Professor of Public History at the School of Arts, Languages and Cultures. Together with history staff and students, Professor Olusoga explored the role of public historians in the context of the Black Lives Matter movement and decolonising the curriculum. A recording of this event has been published via the SALC: Connect, Engage, Inspire platform.

Earlier in the month, the University joined forces with Salford University and Manchester Metropolitan University to mark the 75th anniversary of the fifth Pan African Congress – a crucial event in the African independence movement, held in Manchester in 1945. As part of the celebrations on 17 October, Creative Manchester co-hosted a second ‘In Conversation with David Olusoga’, focussing on the contemporary British urban landscape and its relationship to the Black Lives Matter Movement and COVID-19. This event is also available to playback on YouTube.

Also on 17 October, Creative Manchester co-hosted ‘Manchester Writes’ – an event featuring six creative writers from across the city, including Senior Research Fellow at the Centre for New Writing, Ellah P Wakatama. The writers explored narratives of identity as they pertain to the Pan African Congress and its history, while discussing their own work and artistic trajectories. This event will be made available to watch via Manchester Metropolitan University’s PAC@75 Youtube Channel soon.

In addition to the events above, Creative Manchester, the Centre for New Writing and the Department of American Studies put together an extensive reading list for Black History Month. Each Thursday in October, the collaborative teams took over The University of Manchester’s social media accounts, sharing suggested readings and films that celebrate Black history and culture, provided by colleagues from the English Department. This reading list is available to view in its entirety via SALC: Connect, Engage, Inspire.

SALC’s Black History Month events and resources afforded the School an important opportunity to reflect on the history, achievements and contributions of Black people in the UK and beyond, with the aim of taking lessons learned and continuing to share, celebrate and understand the impact of black heritage and culture.