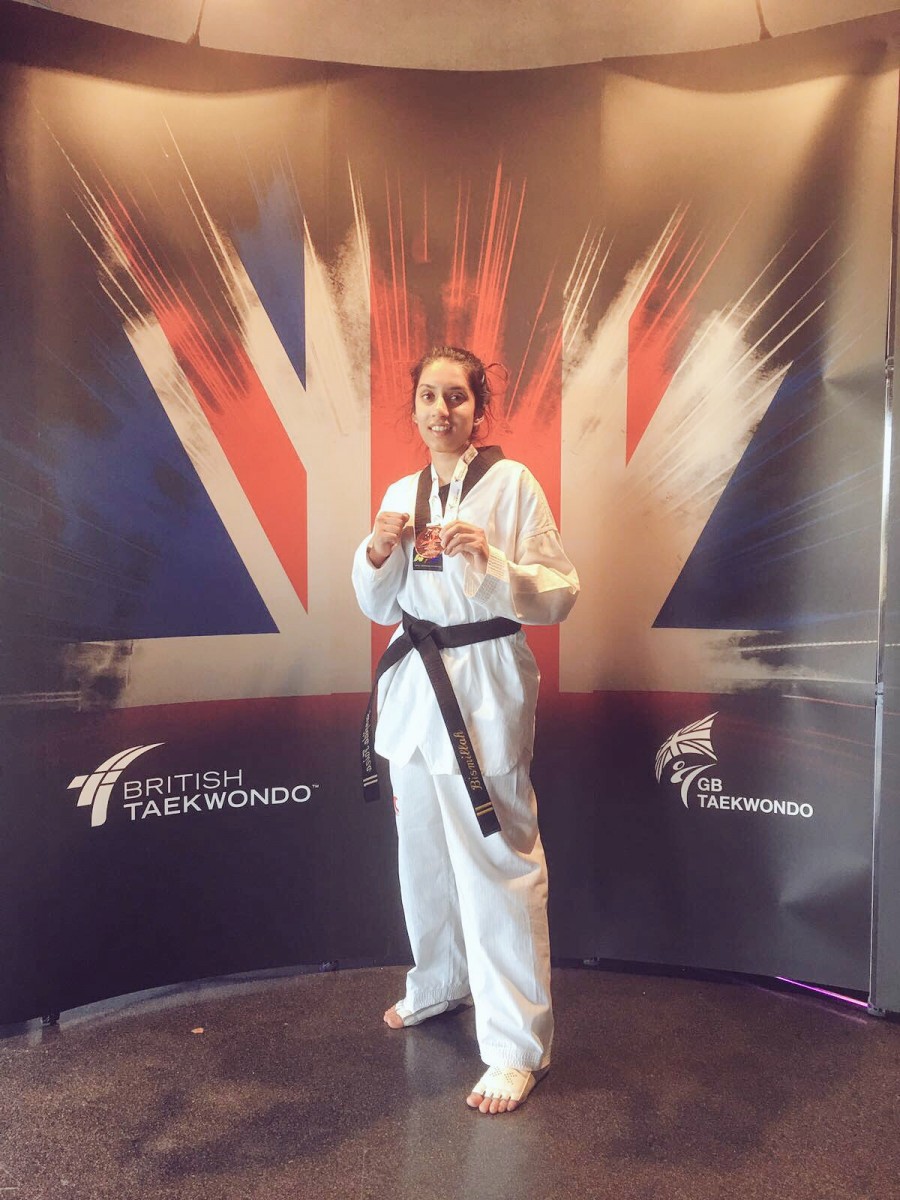 A high-kicking pharmacy student is to graduate this week (13 July) at The University of Manchester, after successfully juggling academic excellence with international success as a Taekwondo athlete.

Her diminutive 4 ft 11 frame hasn’t held her back from achieving international success.

Sanjida, who hopes to follow in the footsteps of her hero Jade Jones by competing in the 2020 Olympics, was also Mpharm Student of the year in 2016.

The athlete has also found time to be a National Bronze medallist in 2014, 2015 and 2016, coach budding Taekwondo athletes and attend training in Spain with members of the French, Spanish and GB national teams.

She has been a Taekwondo athlete since the age of ten and says it’s the core values of taekwondo such as the discipline, respect and perseverance in the sport which attract her.

She is indebted to her coach Jason Mayoh, who has been with her since the very start, and recalls with pride training with world champions Moldovan Aaron Cook and Belgian Jaouad Achab.

She said: “You need a lot of flexibility, fitness, strength and mental toughness to compete at this sport.

“It’s been a hard slog, training many times a week and competing around the UK and abroad and combining that with my studies.

“I also teach and coach Taekwondo at my local Taekwondo club at least twice a week and have also taught Taekwondo taster sessions at the University.

“But the staff at the University have been brilliant and I’ve enjoyed every minute of it.”

The athlete recalls the time when a head kick knocked her out “I have been knocked out but to be honest it just fires you up. It hurts though, even though you are protected.

She added: “The study is not easy: there’s lots of chemistry and biology and you really need to know your stuff.

“But my academic advisors, family and friends have helped me balance my lifestyle. They have been amazing and have done everything they can to help.”