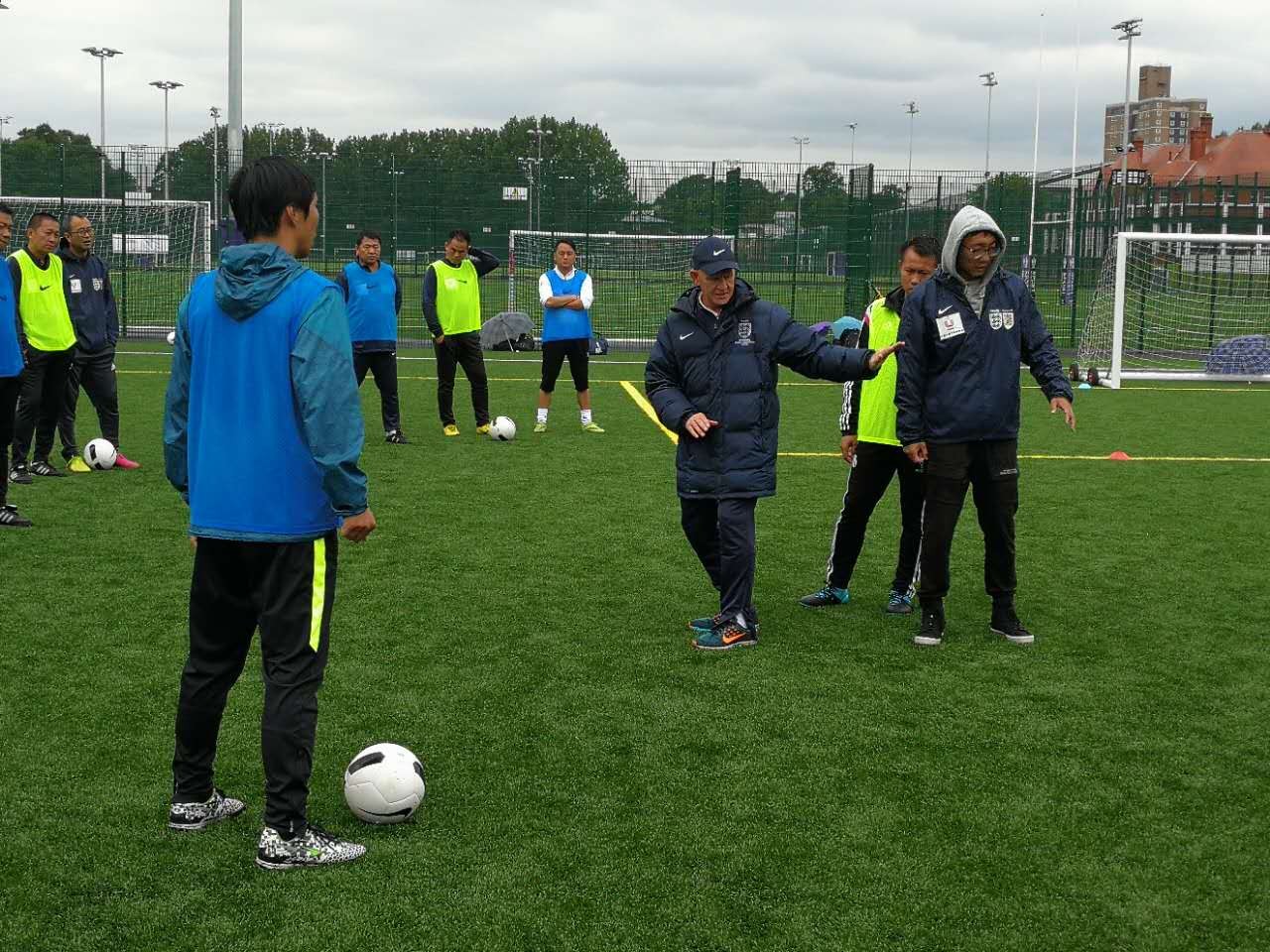 Although the footballing summer is now associated with English teams heading off on tours of the Far East, this year, coaches from China are in Manchester learning skills to support their country’s dream of winning the World Cup by 2030.

Last year President Xi Jinping of China unveiled a plan that would see 50 million people playing football by 2020 in a bid to turn the country into a football superpower.

This will require a huge increase in the number of trained coaches, so the new programme run by The University of Manchester and the Manchester Football Association is part of a high-level drive to learn from the rest of the world and achieve this dream.

Currently there are 57 senior level Chinese football coaches in the city, enrolled on the quality training and management programme for 12 weeks.

They will also be taking study trips to St George’s Park (the home of England’s 24 national football teams), the Manchester City and Manchester United training complexes and attending the FA Community Shield.

The group co-ordinator, Deng Shijun said: “It has been two weeks since we arrived at The University of Manchester, and the students have adapted to life here. Thank you to the Manchester Football Association and The University of Manchester for providing us with good learning and living conditions. At the same time, we have had excellent lecturers for each class, and have benefited greatly from the general training.”

The course is one of three in the UK for Chinese coaches this year, supported by the Chinese Consulate, and stems from the University’s and city’s links with China.

These ties were exemplified by President Xi’s visit to Manchester in 2015 where he visited the National Graphene Institute and posed for a selfie with Manchester City striker Sergio Aguero at the Etihad.

Professor Clive Agnew, Vice-President for Teaching, Learning & Students at The University of Manchester said: “The University’s engagement with China has a long history and is extensive in its breadth. We value our Chinese students’ and staffs’ contributions to our campus, are continuing to build upon our research and business collaborations in China and are proud of our Confucius Institute based on our campus. Our support to the delivery of this football programme is another strand to further develop our strong relationship with China.”

Colin Bridgford, Chief Executive Officer, Manchester Football Association said: “We are delighted to be supporting coaches from China, over an intense period of 12 weeks will we be providing a coaching education programme with the key aim to make them ‘Better Coaches’.