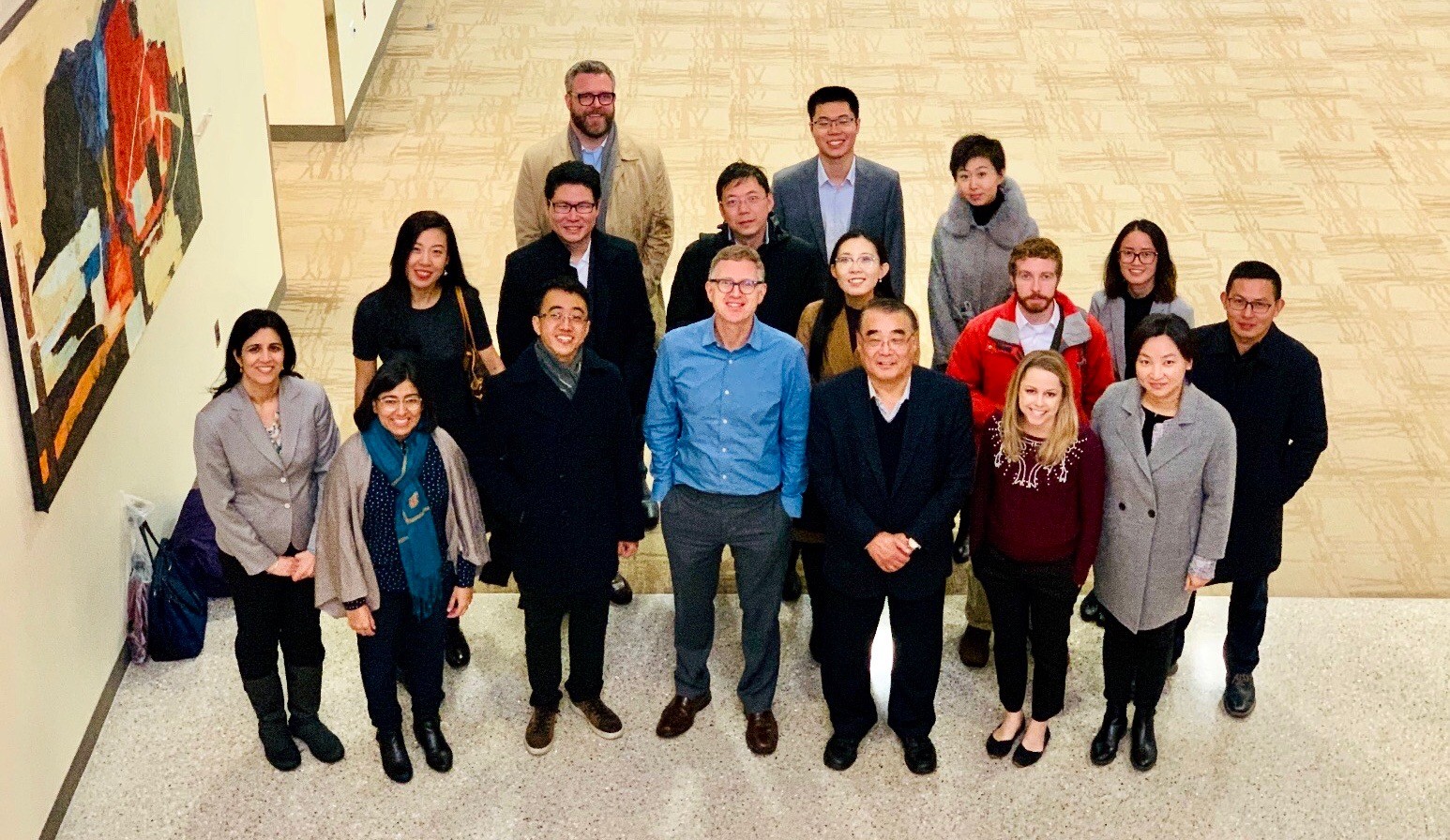 A group of Chinese and American diplomats have met in Washington, DC to discuss US-China relations, security challenges, overseas development and a host of other bilateral and global issues.

Professor Peter Gries of the Manchester China Institute established the US-China Diplomatic Dialogue in 2007 to generate mutual trust and improve U.S.-China relations. It does this by creating an informal atmosphere in which participating diplomats can establish personal relationships while frankly exchanging their views.

As an icebreaker, Professor Gries hosted 13 of the diplomats the night before for an informal dinner and a basketball game. The game gave the diplomats a chance to get to know one another before the formal sit down sessions the next day.

Topics covered at the meeting ranged from U.S.– China relations under the Trump and Xi administrations, managing security challenges from the South China Seas to the Taiwan Strait, development assistance in the Third World, including China’s Belt and Road Initiative, mutual perceptions, public diplomacy and academic and cultural exchanges.

Americans and the Chinese grow up in very different socio-political environments, and this can result in very different views of the world. In such a context, they can easily project their worst fears onto one another, increasing the likelihood of conflict.

Dialogues therefore have a vital role in helping each side better understand the others’ views, lessening the likelihood that misperceptions and fear will contribute to war. Because of the working-level, informal, and intimate nature of the US-China Diplomatic Dialogue, it also allows young Chinese and American diplomats to form personal relationships that they can call upon in their future careers.

The recent escalation of the US-China trade war has contributed to a dramatic deterioration of US-China relations - as a result, the Chinese government has recently cancelled several planned meetings with the US. I was therefore thrilled that our dialogue took place as scheduled, and that our group discussions were frank but productive.