One of the biggest ever citizen science projects needs volunteers from Manchester to help measure air pollution in our environment. And all you need to take part is a smart phone.

The aim of the iSPEX-EU project is to get a clearer picture of our atmosphere and the level of air pollution we are breathing in every day. 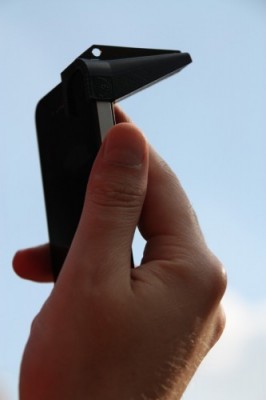 Nearly 10,000 people across Europe will be taking part, from cities including Athens, Barcelona Belgrade, Berlin, Copenhagen, London, Milan and Rome as well as Manchester. The results will be used to map out just how dirty our air is and hopefully track how pollution spreads through the continent. Such air pollution and the impact it has on our health and the environment is still poorly understood and it is not clear what impact such pollution will have on climate change.

By adding a simple piece of equipment to their phone and taking just a couple of minutes out of their day, volunteers can turn their phones into optical sensors which take measurements and upload them automatically for the researchers to study.

The add-on equipment is called a ‘spectropolarimeter’, and it is powerful enough to measure tiny particles in the air. It works with iPhone 4, 4S, 5 or 5S models. All volunteers have to do is scan the cloud free sky during daylight hours, while the phone’s camera takes pictures through the spectropolarimeter.

The particles in the atmosphere the equipment will track includes things of natural origin, such as sea salt or tiny ash particles from forest fires or volcanic eruptions, as well as man-made soot and haze produced by traffic and industry.

This is a really exciting project to be a part of, both for the way we are going about doing it and for the results it could produce. This is a project that means anyone with the right phone can take part in a real life science experiment, that will produce real data and help us know more about our environment.

The Dutch group at Leiden Observatory that is leading the ISPEX-EU project, trialled a similar project in the Netherlands two years ago and proved to be extremely successful.

Carl Percival, Professor of Atmospheric Chemistry at The University of Manchester, said: “This is a really exciting project to be a part of, both for the way we are going about doing it and for the results it could produce. This is a project that means anyone with the right phone can take part in a real life science experiment, that will produce real data and help us know more about our environment. 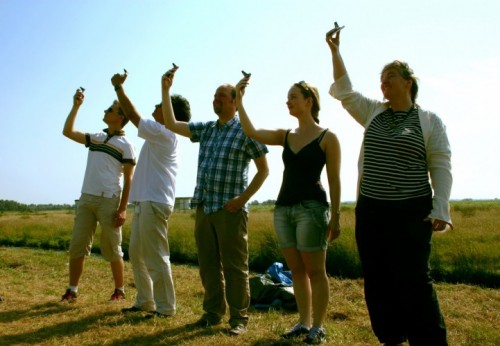 “We need so many people to get a clear picture of what is going on in our atmosphere. At the moment we have pollution monitoring stations here and there but there just isn’t enough coverage to let us now in lots of details what is going on with our air quality.”

And Dr Hugo Ricketts, who is leading the project in Manchester said: “This is a very large scale project and we hope it is going to provide us with lots of data. If enough people take part then we should be able to track how air pollution moves through the city. We need as many people from all over Manchester from Rochdale down to Stockport and out to Wigan to take part.”

Dr David Topping, also of The University of Manchester, said: ‘This is one of a growing number of examples where traditional methods are being replaced with new approaches to tackle global problems. Manchester has a fantastic burgeoning technology community and it’s a perfect place to run such a project. I fully expect we will see many more such projects in the near future.”

The team at Manchester need up to 700 people to take part from across the city. If you are interested in taking part of just want more information, visit the website at www.ispex-eu.org and www.europe.light2015.org