Climate Emergency: How the Inequality Crisis is Dynamically Related to the Sociogenesis of Climate Change

Climate Emergency: How the Inequality Crisis is Dynamically Related to the Sociogenesis of Climate Change

Following the recent publication of Mark Harvey’s book ‘Climate Emergency: How Societies Create the Crisis’, Mark has just published an article in the first issue of a new international journal, Global Social Challenges. 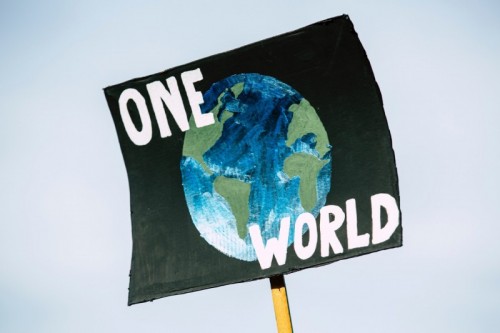 The article develops the analysis of the book following the failures of COP26, and is called ‘Climate Emergency: How the Inequality Crisis is Dynamically Related to the Sociogenesis of Climate Change’.

The journal is open access and the paper is available on this website. The journal was launched on 23rd June in a webinar with speakers from Australia, India, Brazil, Portugal and the United Kingdom.

The failure of COP26 to secure binding commitments delivering a pathway to global warming limited to 1.5°C is attributable to a UN political process that prevents addressing the inequalities between and within nations in generating greenhouse gases. Historical divergences of national wealth and the present extreme inequalities of purchasing power manifest themselves in how the richest people in the richest nations are now the leading forcers of climate change. A second dimension of inequality, receiving less attention, concerns the inequalities between nations of environmental resources in fossil energy, agricultural land, minerals and renewable alternatives. The concept of sociogenesis of climate change analyses the combination of these two dimensions of inequality to account for the present political impasse, national and international. A dominant feature of a nation’s wealth has historically been based on the unrestricted exploitation of its own environmental resources, or those that it commands through colonisation or trade. This has resulted in the US now producing more than double the CO₂eq per capita than China, or Germany consuming four times more coal per capita than India. The COP26 impasse on coal and fossil fuels arose in part from China’s and India’s unwillingness to strand its environmental assets without alternative pathways to equivalent national wealth, while wealthier nations continue to excessively exploit theirs. A sociogenic analysis of wealth and environmental resource inequalities signals the need for a radical change in the political processes required to mitigate the climate emergency.