Climate puzzle over origins of life on Earth

Climate puzzle over origins of life on Earth 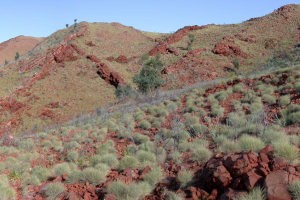 The mystery of why life on Earth evolved when it did has deepened with the publication of a new study in the journal Science today (Friday).

Scientists at the CRPG-CNRS University of Lorraine, The University of Manchester and the Institut de Physique du Globe de Paris have ruled out a theory as to why the planet was warm enough to sustain the planet’s earliest life forms when the Sun’s energy was roughly three-quarters the strength it is today.

Life evolved on Earth during the Archean, between 3.8 and 2.4 billion years ago, but the weak Sun should have meant the planet was too cold for life to take hold at this time; scientists have therefore been trying to find an explanation for this conundrum, what is dubbed the ‘faint, young Sun paradox’.

“During the Archean the solar energy received at the surface of the Earth was about 20 to 25 % lower than present,” said study author, Dr Ray Burgess, from Manchester’s School of Earth, Atmospheric and Environmental Sciences. “If the greenhouse gas composition of the atmosphere was comparable to current levels then the Earth should have been permanently glaciated but geological evidence suggests there were no global glaciations before the end of the Archean and that liquid water was widespread.”

One explanation for the puzzle was that greenhouse gas levels – one of the regulators of the Earth’s climate – were significantly higher during the Archean than they are today.

“To counter the effect of the weaker Sun, carbon dioxide concentrations in the Earth’s atmosphere would need to have been 1,000 times higher than present,” said lead author Professor Bernard Marty, from the CRPG-CNRS University of Lorraine. “However, ancient fossil soils – the best indicators of ancient carbon dioxide levels in the atmosphere – suggest only modest levels during the Archean. Other atmospheric greenhouse gases were also present, in particular ammonia and methane, but these gases are fragile and easily destroyed by ultraviolet solar radiation, so are unlikely to have had any effect.”

But another climate-warming theory – one the team wanted to test – is that the amount of nitrogen could have been higher in the ancient atmosphere, which would amplify the greenhouse effect of carbon dioxide and allow the Earth to remain ice-free.

The team analysed tiny samples of air trapped in water bubbles in quartz from a region of northern Australia that has extremely old and exceptionally well-preserved rocks.

“We measured the amount and isotopic abundances of nitrogen and argon in the ancient air,” said Professor Marty. “Argon is a noble gas which, being chemically inert, is an ideal element to monitor atmospheric change. Using the nitrogen and argon measurements we were able to reconstruct the amount and isotope composition of the nitrogen dissolved in the water and, from that, the atmosphere that was once in equilibrium with the water.”

The researchers found that the partial pressure of nitrogen in the Archean atmosphere was similar, possibly even slightly lower, than it is at present, ruling out nitrogen as one of the main contenders for solving the early climate puzzle.

Dr Burgess added: “The amount of nitrogen in the atmosphere was too low to enhance the greenhouse effect of carbon dioxide sufficiently to warm the planet. However, our results did give a higher than expected pressure reading for carbon dioxide – at odds with the estimates based on fossil soils – which could be high enough to counteract the effects of the faint young Sun and will require further investigation.”

One further important finding made by the team was that the nitrogen isotope ratio (14N and 15N) of the Archean atmosphere was very similar to that of modern-day nitrogen. The two isotopes are lost to space at different rates, so the ratio is a sensitive probe of atmospheric loss from the upper atmosphere, which can occur by interaction of the atmosphere with the solar wind. The Earth's magnetic field effectively shields the planet and prevent this happening; if the early Earth did not have a strong magnetic field then the interaction would have been much more intense and the loss of atmosphere to space greater, leading to a significant change in the isotopic composition of nitrogen. (This is exactly what is believed to have happened to the atmosphere of Mars, a planet with a weak magnetic field.) The constancy of the isotopic ratio of nitrogen from the Archean to the present day attests to the presence of a significant geomagnetic field since that time, requiring an intensity of at least 50% of the current magnetic field.

A copy of the paper, ‘Nitrogen Isotopic Composition and Density of the Archean Atmosphere,’ published in Science on Friday, 4 October, is available on request.