The Abstainer, the latest novel by Dr Ian McGuire, Senior Lecturer at the Centre for New Writing at The University of Manchester, was published officially on September 17 2020 by Scribner UK. 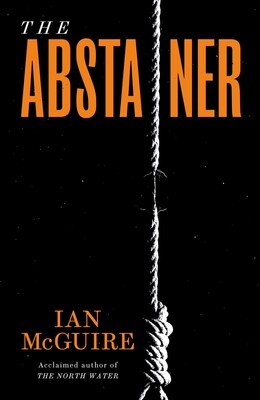 Set on the streets of Victorian Manchester, The Abstainer is a thrilling, epic story of revenge and obsession. It received a fantastic review by Roddy Doyle in The New York Times, in which Roddy describes the novel as, ‘Dickens in the present tense, Dickens for the 21st century'.

Novelist Richard Ford describes The Abstainer as "truly terrific – a can't-put-down book. It's no less than a tight 'n spare 'n suspense-filled noir novel, masterfully set in 1860s Britain and America. And like all superb historical novels, it seems as modern and as contemporary as this morning".

This is the third novel by Dr Ian McGuire, his other novels include Incredible Bodies and the 2016 Man Booker-longlisted novel, The North Water.

Ian will be talking about the book at an online Blackwell’s event on Thursday 1 October. To attend, please register online.