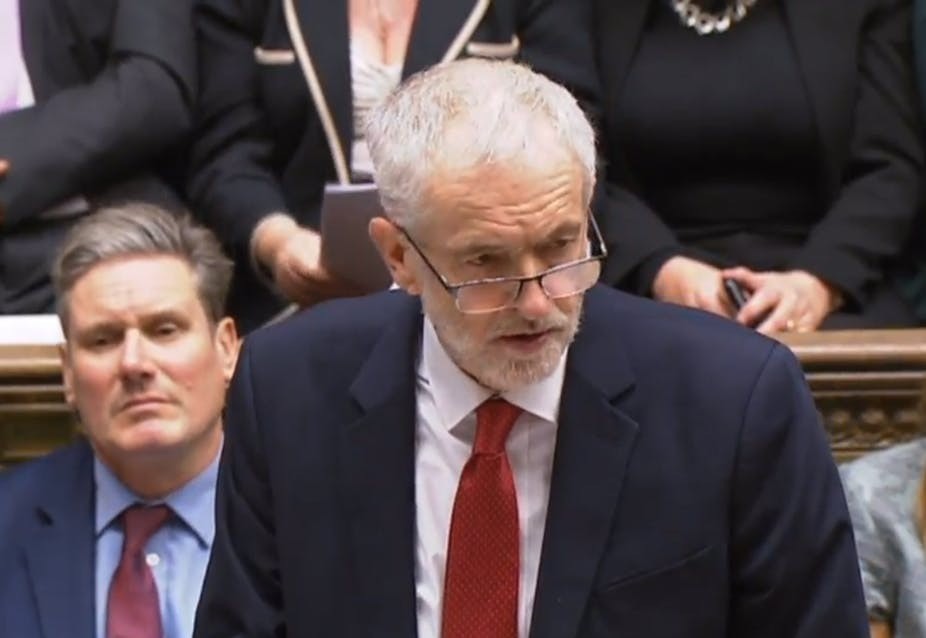 Not for the first time in the Brexit process, confusion reigned in the UK parliament on December 17, when opposition leader, Jeremy Corbyn, proposed a vote of no confidence in the prime minister, Theresa May, only to later appear to backtrack. The prime minister ended up walking out of the chamber. Opposition MPs from other parties are now furious with both May and Corbyn. Here’s how to understand the latest Brexit chaos.

What was the motion put forward by Jeremy Corbyn?

Jeremy Corbyn told the House of Commons on Monday afternoon that he would be tabling a motion of no confidence in Theresa May. The wording of the motion says:

This House has no confidence in the prime minister due to her failure to allow the House of Commons to have a meaningful vote straightaway on the withdrawal agreement and framework for future relationships between the UK and the European Union.

This came on the back of growing frustration in the Commons since May postponed the “meaningful vote” on the final Brexit deal that was meant to take place on December 11, but which is now due to take place in January.

This is not quite the no-confidence motion that Westminster watchers have been speculating about over the past few weeks, because it is only expressing a lack of confidence in the prime minister, rather than in the government as a whole.

Downing Street also confirmed this to the press. Government controls most of the parliamentary timetable and, under the current wording, it does not have to include Corbyn’s motion in parliamentary business.

Erskine May – the book of Commons procedures and rules – states that the convention here is that the government will allocate time for a no-confidence motion in the government to be debated when it is tabled by the official opposition. This is because of the role of the official opposition as the government-in-waiting and the privileged position it holds in procedural terms as a result. But that doesn’t mean the same applies to a vote of confidence in the prime minister. So Corbyn may need to wait until an opposition day, when he can set the agenda, to hold his debate. Only 20 such days are scheduled per year, and there are none left in 2018.

Why did Corbyn call for the former and not the latter?

Corbyn himself has said that he is simply trying to pressure the prime minister into bringing the vote on the Brexit deal (currently scheduled for January) forward, allowing MPs to vote on it before Christmas. So it’s less about expressing no confidence and trying to bring down the government and more about trying to exert some control over parliamentary events. 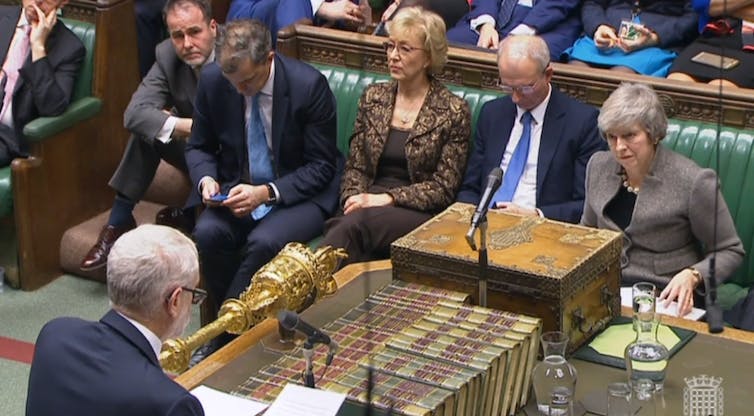 ‘I’ll check my diary, Jeremy but I couldn’t possibly fit this in before March 29.’

Labour shadow cabinet members have been repeating the line over the last few weeks that they were concerned about the timing of a confidence motion in the government and of the need to make sure that the other opposition parties would support them. The party has therefore held off.

But what this week has shown is that the other opposition parties are frustrated by Labour’s approach and would happily have supported an explicit motion of no confidence in the government. Whether that would have been enough to actually win a confidence vote without a rebellion on the Conservative benches is another matter.

Would the prime minister have to resign if she loses?

A motion in this form would cause embarrassment for the prime minister if it were passed in the House of Commons. But it would not necessarily mean she’d have to resign. It’s even less likely given the staunch attitude May took after the confidence vote called by her own party’s MPs a week earlier.

What does this mean for the Brexit vote?

Right now, parliament is still on track to vote on the deal on January 14, though May remains under pressure on this point.

What was the amendment put forward by the opposition parties?

In response to the motion but forward by Jeremy Corbyn, the smaller opposition parties expressed their frustration that the motion had not been worded in such a way as to create a binding motion under the terms of the Fixed Term Parliaments Act. They tabled an amendment to it, replacing “prime minister” with “HM government” and thus creating the required wording.

But this is only an amendment, and cannot be debated until the Corbyn motion itself is given time on the floor of the House of Commons. With the government still unwilling to grant this time at present, it looks likely to sit around for some time.

As the debacle continued into December 18, one SNP MP called for a motion of no confidence in the opposition for making a mess of its own motion of no confidence. This is more of a parliamentary stunt than a formal call for a no-confidence motion – and it is not the first time the SNP has questioned whether Labour is the correct official opposition party. But it shows the growing tension between Labour and the other opposition parties and the growing weariness with Corbyn’s cautious approach.

Can the opposition still call a vote of no confidence in the government before the Brexit vote?

A formal vote of no confidence in the government could still be tabled – and there is clearly support for this from the SNP, Liberal Democrats, Plaid Cymru and the Greens. But the onus remains on Corbyn and the official opposition to be the ones to table it.