A University of Manchester School of Law reader in Criminology has brought his leading knowledge to the House of Lords Select Committee on the Bribery Act 2010. 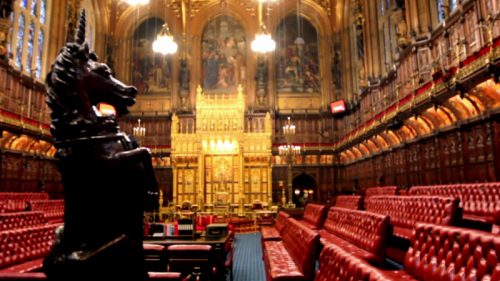 Dr Nicholas Lord was the principal investigator on a project established in 2016 to demystify corruption in the UK by asking what we know about bribery in the UK, why the response to bribery varies so significantly, and what can we learn from the Dutch systems that enforce anti-bribery legislation?

Understanding why responses to bribery at home and abroad seem to vary so much was the key to informing the debate surrounding corruption in the UK, therefore informing strategic and operational priorities in the context of the Bribery Act 2010.

Dr Lord highlighted the challenges in determining the level and type of offences under the Act, as there is currently no categorisation of these crimes in the Office for National Statistics’ recorded crime data. In addition, he noted the discontinuation of the Public Sector Corruption Index has also shrouded potential bribery figures in uncertainty.

Official figures indicate an average of 23 reported cases are handled under bribery legislation annually. Dr Lord stated that these figures have plateaued since 1964.

“Where once domestic bribery was addressed more rigorously than international bribery, this may be being steadily reversed, in terms of signalled priorities, resources and institutional responses,” Dr Lord remarked.

“Our research raises concerns that, when compared with the renewed focus on addressing transnational bribery through the Bribery Act 2010, the state response to domestic bribery within the UK lacks institutional focus, central collation of data, resources, and appropriate training.”

The report concluded that every police force should commit to ensuring it has at least one bribery specialist and that the government must ensure UK companies are equipped with the support of trained officials on issues of corruption if they export overseas.

Finally, the report suggests the Ministry of Justice considers adding clearer examples to its guidance for when corporate hospitality is legitimate and when it is not.

“Given the notable issues raised in our research in relation to the absence of centralised and consistent data on bribery or corruption offences in the UK, it is pleasing the see the report reinforces the need for a centralised reporting mechanism,” Dr Lord stated.