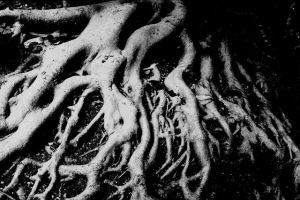 Breeding crops with roots a metre deeper in the ground could lower atmospheric CO2 levels dramatically, with significant environmental benefits, according to research by a leading University of Manchester scientist.

Writing in the journal Annals of Botany, Professor Douglas Kell argues that developing crops that produce roots more deeply in the ground could harvest more carbon from the air, and make crops more drought resistant, while dramatically reducing carbon levels.

In principle, any crops could be treated in this way, giving more productive yields while also being better for the environment.

Although the amount of carbon presently sequestered in the soil in the natural environment and using existing crops and grasses has been known for some time, Professor Kell’s new analysis is the first to reveal the benefits to the environment that might come from breeding novel crops with root traits designed to enhance carbon sequestration.

Professor Kell, Professor of Bioanalytical Science at the University as well as Chief Executive of the Biotechnology and Biological Sciences Research Council (BBSRC), has also devised a carbon calculator that can show the potential benefits of crops that burrow more deeply in the ground.

With this, he has calculated that – depending on the time it takes them to break down –breeding crops that could cover present cropland areas but that had roots a metre deeper in the soil could double the amount of carbon captured from the environment. This could be a significant weapon in the fight against climate change.

The soil represents a reservoir that contains at least twice as much carbon as does the atmosphere, yet mainly just the above-ground plant biomass is harvested in agriculture, and plant photosynthesis represents the effective origin of the overwhelming bulk of soil carbon.

Breeding crop plants with deeper and bushy root ecosystems could simultaneously improve both the soil structure and its steady-state carbon, water and nutrient retention, as well as sustainable plant yields.

Professor Kell argues that widespread changes in agricultural practice are needed, in an environment in which edible crop yields also need to increase substantially and sustainably, and where transport fuels and organic chemicals will need to come from modern (rather than fossil) photosynthesis.

It is known that massive CO2 reductions in the atmosphere over geological time have happened because of the rise of deep-rooted trees and flowering plants.

Most cultivated agricultural crops have root depths that do not extend much beyond one metre.  Doubling this, Professor Kell argues, would dramatically reduce CO2 levels.

Existing studies, which have doubted the benefits of deep roots in carbon sequestration, do not make soil measurements much below a metre, and the kinds of root depths proposed by Professor Kell would more than double that.

He said: “This doubling of root biomass from a nominal 1m to a nominal 2m is really the key issue, together with the longevity of the roots and carbon they secrete and sequester below-ground.

“What matters is not so much what is happening now as what might be achieved with suitable breeding of plants with deep and reasonably long-lived roots. Many such plants exist, but have not been bred for agriculture.

“In addition to the simple carbon sequestration that this breeding could imply – possibly double that of common annual grain crops – such plants seem to mobilise and retain nutrients and water very effectively over extended periods, thus providing resistance to drought, flooding and other challenges we shall face from climate change.

“While there is a way to go before such crops might have, for example, the grain yields of present day cereals, their breeding and deployment seems a very promising avenue for sustainable agriculture.”

Professor Kell is available for interview on request.

The paper, Breeding crop plants with deep roots: their role in sustainable carbon, nutrient and water sequestration, by Douglas B. Kell, is being published in the September issue of Annals of Botany (volume 108, issue 3) and is freely available online at http://aob.oxfordjournals.org/content/early/2011/08/03/aob.mcr175.full or from the Press Office.

The carbon sequestration calculator is at http://dbkgroup.org/carbonsequestration/rootsystem.html