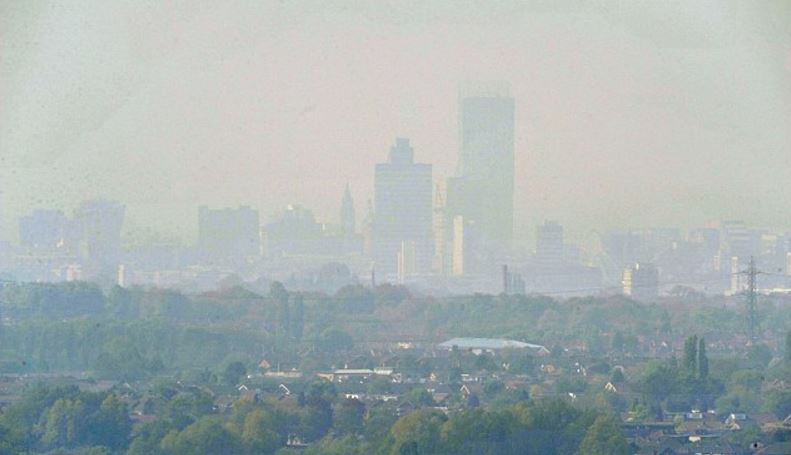 Researchers from The University of Manchester are a step closer to understanding how the darkness of atmospheric soot particles is controlled by transparent coatings – a breakthrough that will help inform global policy-makers looking at the effects of pollution on climate.

The team tested different soot types during Bonfire Night in 2014 which, due to the weather conditions, was particularly polluted and provided an ideal opportunity to study a high concentration of atmospheric wood smoke particles. Their results are being published in the prestigious journal Nature Geoscience.

Researchers from Manchester’s School of Earth and Environmental Sciences focused on the mix of black carbon and other substances in soot particles that are released by combustion processes, such as fires, diesel engines or industry.

“Soot particles are known to affect climate, particularly on local scales where they can influence weather systems like the Indian monsoon – but their exact effect is currently highly uncertain,” said Dr James Allan, Senior Research Fellow at The University of Manchester.

“An issue that people contend with is that it is predicted that if the soot is coated with another material then this will make it appear darker and possibly amplify the impacts that it has on weather and climate.

“However, evidence for this effect in the field has been inconsistent. With a combination of lab and atmospheric measurements we’ve shown that this coating mass has to reach a certain threshold for this to take effect.

These finding will help us reconcile results from previous experiments and field observations and should help us develop more accurate climate models in the future.

Dr Allan added: “Our measurements made use of soot in the air during Bonfire Night in 2014 because the specific weather conditions that night meant that Manchester was briefly blanketed with the kind of concentrations that wouldn’t be out of place in Beijing. We were set up to measure them with our specialist instruments.

“As it turns out, the data from that night and the week surrounding it gave us a good mix of soots, from diesel vehicles, home fires and bonfires, so we were able to compare them between each other and what we had generated from our laboratory-based diesel engine and this gave us the insight that we needed.”

Dr Dantong Liu, The University of Manchester Research Fellow that lead the analysis, explained: “The atmosphere contains a mixture of man-made and natural particulates that can have either a warming or cooling effect on climate.

“Of the pollutant particles, black carbon is the most important contributor to warming. But unlike greenhouse gases such as carbon dioxide and methane, which absorb radiation at specific infra-red wavelengths, black carbon absorbs light at all wavelengths, causing a highly efficient and very localised warming effect on the atmosphere.”

The University of Manchester researchers looked on the quantity of black and non-black carbon contained in particles in the atmosphere because the right mix forms a coating, causing internal reflections that make the black carbon interact with light more strongly. A similar effect causes sand to appear darker if it is wetted.

Different forms of combustion create different ratios of black and non-black carbon – and the team believe they have identified the specific mass ratio at which the light absorption enhancement begins to take place, causing the soot to become darker.

The paper. 'Black-carbon absorption enhancement in the atmosphere determined by particle mixing state', was published in Nature Geoscience. doi:10.1038/ngeo2901