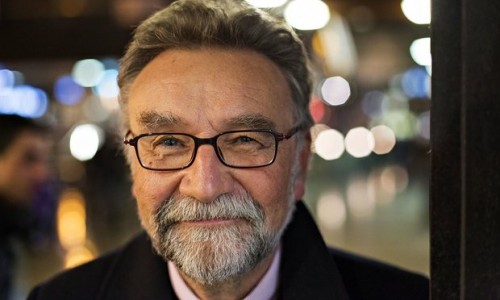 A professor from The University of Manchester is delivering emergency medical team training in China in September, in support of the World Health Organisation (WHO) Emergency Medical Teams Initiative to promote agreed international standards.

The visit from Professor Tony Redmond, Deputy Director for the University of Manchester’s Humanitarian and Conflict Response Institute, further cements the University’s reputation for addressing global inequalities – one of the University’s five research beacons of excellence alongside advanced materials, cancer, industrial biotechnology and energy.

The Hong Kong Jockey Club’s Disaster Preparedness and Response Institute, part of the Hong Kong Academy of Medicine, will fund the creation of two academic posts for the University of Manchester to deliver core training, a curriculum and a range of further training including specialist, technical – such as learning to undertake high-tech surgery in the field – and simulation training.

China suffers from three major earthquakes each year, and has established a network of national response teams. They need to maintain and wish to strengthen their capacity for national deployment, but are well-placed to assist other countries in a part of the world that is particularly vulnerable to sudden onset disasters.

The University of Manchester’s involvement stems from Professor Redmond’s work to lead a surgical team into the area affected by China’s Sichuan earthquake in 2008. The earthquake led to the Hong Kong Jockey Club funding an Institute for Disaster Management and Response in Chengdu to help increase their capacity in the face of such disasters, with Tony as their international adviser.

Ahead of his visit to China, Professor Redmond said, “The University of Manchester’s Humanitarian and Conflict Response Institute has been chosen for its two unique selling points - experience in the field, and our matching academic capability. As part of our role as a WHO Collaborating Centre for Emergency Medical Teams and Emergency Capacity Building, we’re also working with WHO to establish and roll out minimum standards for international emergency medical teams, and we’re the lead mentor for the Chinese international emergency medical teams working with WHO to develop their training.”

“Sadly, there are still some doctors who respond to disasters uninvited by host governments, unauthorised to practice in that country, ill-equipped and ill-prepared to carry out procedures for which they are not licensed in their home country, and even without the proper consent of the patient. By countries such as China establishing core training programmes and minimum standards as we are in the UK, we can show how this should be done, and ensure that the most vulnerable are given the best possible care at their time of greatest need.”

Tony is also the founder of UK-Med – a registered charity based in Manchester which provides health workers to international crises, and is supported by Department for International Development (DfID) funds. First established in 1995 to facilitate the coordination of health workers from across the UK to support hospitals in Sarajevo during the war in the former Yugoslavia, it has now despatched teams to a range of countries and crises including Pakistan, Haiti and the Philippines, as well as Sierra Leone during 2014’s Ebola crisis and the recent earthquake in Nepal.