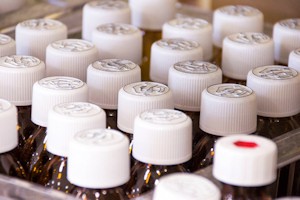 Glucocorticoid (or steroid) therapy, prescribed to around half of patients with rheumatoid arthritis, is a known risk factor for developing diabetes. A study from The University of Manchester has found how the risk of diabetes increases in relation to the dosage, duration and timing of steroids.

In a paper published in the journal Arthritis and Rheumatology, the researchers looked at the records of more than 20,000 patients with rheumatoid arthritis in the UK and compared rates of new-onset diabetes in those who were prescribed glucocorticoids to those who didn’t receive glucocorticoids.

They found that glucocorticoids were associated with one new case of diabetes for every 150-200 people treated per year. However, within this group, risk was affected by the dose only in the most recent six months. Each increase of 5mg prednisolone per day carried a 25-30 percent increase in diabetes, although a dose of less than 5mg wasn’t associated with any measurable risk of diabetes compared to no treatment.

Dr Will Dixon, Director of the Arthritis Research UK Centre for Epidemiology at The University of Manchester and Honorary Consultant Rheumatologist at Salford Royal NHS Foundation Trust, led the study. He said: “Doctors treating people with arthritis have to make a decision how best to prescribe glucocorticoids by balancing the benefits against the risks. However, until now, no studies have considered how the risk changes with the dose and duration of treatment.

“This research provides important evidence for doctors to make this decision.” 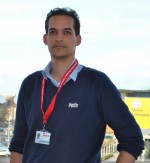 Doctors treating people with arthritis have to make a decision how best to prescribe glucocorticoids by balancing the benefits against the risks.  However, until now, no studies have considered how the risk changes with the dose and duration of treatment

As well as the 21,962 patients from the UK database, the research team also checked their results against a further 12,657 records held in the USA. Results also took into account patients’ BMI and smoking status, as well as their disease severity.

The research does not advocate that people stop using glucocorticoids as they have been used effectively since 1948 to treat flare-ups in joint pain and for longer periods at a low dose to help people who don’t respond to other treatments.

Mrs Stones is a patient with rheumatic diseases that have required steroid therapy for several decades. In this time, she has developed multiple steroid-related side effects including fractures and diabetes. She said: “It is important that health professionals communicate clearly, and transparently with patients, so that decisions can be made together. Understanding the risk of long-term steroids needs to be better communicated, as they can have life-long implications on quality of life.”

Dr Dixon said: “This research shows that low doses of steroids (below 5mg/ day) do not increase the risk of diabetes. However, there is an increased risk of acquiring diabetes for people who use them for long periods or at high doses which can now be quantified.”

The paper, ‘Risk of Incident Diabetes Associated with Dose and Duration of Oral Glucocorticoid Therapy in Patients with Rheumatoid Arthritis’, was published in the journal Arthritis and Rheumatology.