Discovery helps to spot what makes a good drug

Discovery helps to spot what makes a good drug 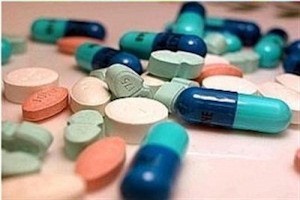 A new test developed by researchers from The University of Manchester could revolutionise the discovery of new prescription drugs.

The test will help determine which drugs are unlikely to work at an early stage, speeding up the time it takes to make safe and effective medicines available.  The findings are published online in the journal Metabolomics.

The pharmaceuticals industry is worth billions of pounds a year. The main source of prescription medicines comes from what are known as ‘small molecule’ drugs, such as statins and antibiotics.

The main problem for those who would benefit from new medicines, and for the industry, is that most new small molecule drugs never make it out of the door of the drug companies, because – despite early promise – they either do not work or because they show toxicity. Known as ‘attrition’, this is bad for patients and extremely costly for the pharmaceutical industry and it would help a lot if we could find a rule that most drugs obeyed.

A famous test, colloquially called the ‘rule of 5’, was developed by Chris Lipinski and colleagues from Pfizer in 1997.  The rule sets down four properties that a synthetic i.e. man-made molecule should obey if it is to have a chance of becoming a successful drug. However, the rule doesn’t normally work for naturally-occurring products, that is, drugs with active ingredients that come from nature (penicillin, for example, which is produced by Penicillium fungi).  Nearly half of new drugs are based on naturally-occurring substances.

In 2013, researchers at The University of Manchester helped create a ground-breaking computer model that replicates how the human metabolic network works. A kind of ‘instruction manual’ for how our metabolism interacts with human diseases, this model means scientists now know most of the small molecules that are used by our bodies as part of our normal biochemistry.

Armed with this knowledge, the University’s research team, led by Professor Douglas Kell of its School of Chemistry and the Manchester Institute of Biotechnology, compared the structures of all these molecules, known as metabolites, with all marketed drugs (including natural products).  They also compared drugs and metabolites with synthetic chemicals from a commercial Maybridge chemical library.
Professor Kell said, “We immediately saw a very strong correlation.  More than 90% of marketed drugs - and we tested over 1300 of the FDA’s (Food and Drug Administration) approved drugs -  bear a structural similarity of at least 0.5 to at least one metabolite.  In other words, they look very like them.  This new ‘rule of 0.5’ does not mean that a molecule obeying it will necessarily become a successful drug, but what it does mean is that we can now say that a molecule that does not obey it, is very unlikely to succeed.”
This new finding should be of considerable value in avoiding the costly problems of attrition, freeing up more resources for developing effective medicines and making them available more quickly for those who need them.
The scientists’ findings, A 'rule of 0.5' for the metabolite-likeness of approved pharmaceutical drugs by O'Hagan, N. Swainston, J. Handl, & D. B. Kell (2014) are published in the journal  Metabolomics
http://link.springer.com/article/10.1007/s11306-014-0733-z
The research was supported by the Biotechnology and Biological Sciences Research Council and the University of Manchester.
More information about Maybridge chemical libraries is available at http://www.maybridge.com.  More information about the computer model that replicates the human metabolic network can be found here. http://www.manchester.ac.uk/discover/news/article/?id=9642
Some modules are disabled because cookies are declined. Accept cookies to experience the full functionality of this page.
ACCEPT COOKIES
We use cookies to optimize the website, no personal information is stored. Learn more
DECLINE COOKIES ACCEPT COOKIES