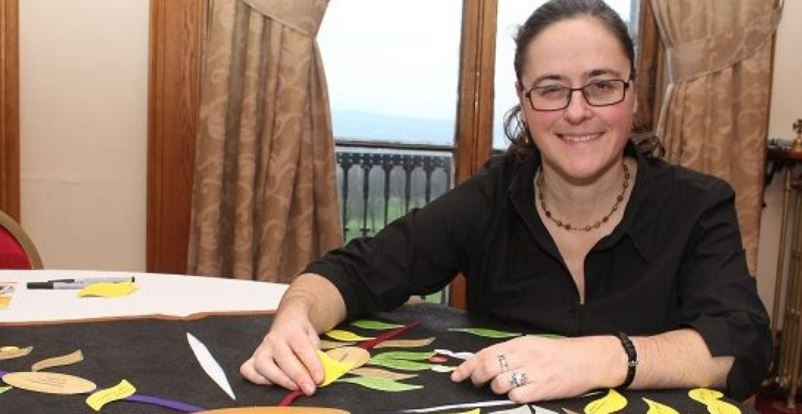 To mark International Women’s Day, Dr Joanne Tippett shares her experiences from research into planning for environmental change, sustainability and community engagement. She reflects on their implications for including women’s voices in making devolved decisions in Greater Manchester.

In times of turbulence and change, we need new ways of thinking about possible futures more than ever. The more perspectives we have when thinking about new ways of doing things, the more likely we are to uncover the key issues and develop solutions that are likely to work.

So, what happens when you don’t hear at least half of the voices of the people concerned? This was a question that I asked myself when I was working with villagers in rural Africa, planning for the future of their area. This was in Lesotho in the mid-90s, in a time of persistent drought. I wanted to find out what people were already doing, what worked and mattered to them, and then to develop new solutions and ideas together.

What I found though, was that in mixed gender groups the women didn’t tend to speak. At all. I needed to find a way to hear from everyone, not just those that were used to speaking. This led to the invention of Ketso, a hands-on kit for creative engagement.

International Women’s Day this year prompts us to think of what would happen if women didn’t do the (largely) unpaid work they carry out on a daily basis: cooking, cleaning and caring – one day without a woman. I have an opportunity on the following Friday to reflect on what can happen if we do hear female voices when thinking about the future – as well as the voices of the vulnerable, the shy, those who may lack confidence to put their ideas forward, but who have essential insights that are all too often overlooked. I will be speaking at ‘Divas in Action’, along with 25 women, including the Chief Executives of Oldham and Wigan Councils, talking about how we are making changes in Greater Manchester.

DivaManc has organised this event as part of a series of workshops designed to create opportunities for the voices of women and girls in Greater Manchester to be heard in the devolution debate, which has been rather noticeably dominated by males so far.

I will be talking about Ketso. Given the title, Divas in Action, it is appropriate that the word ‘ketso’ means ‘action’ in Sesotho. I founded this social enterprise to enable everyone to benefit from ideas around effective dialogue and active learning that have been developed from decades of engagement with thousands of participants. What started as a prototype with strips of paper in Southern Africa was refined in ESRC funded research. Ketso is the first enterprise launched by a female from the Faculty of Humanities at The University of Manchester, and we’re transforming engagement in 50 countries, with the most vulnerable people in society through to corporations.

In Greater Manchester, this ‘workshop in a bag’ has been used to engage stakeholders and community members in a wide range of areas including: environmental planning, mental health, skills and enterprise and community development.

Feedback I often hear is that the most interesting ideas come from the outside, from someone who felt at the beginning of a session that they might not have anything to add. A key thing the last two decades have taught me is the value of making sure that everyone’s voice is actually heard, and that everyone has the opportunity to make an active contribution to dialogue.

Greater Manchester Devolution offers tremendous opportunities for rethinking how we deliver public services. For instance, decisions about how the £6 billion budget for health and social care will be spent will now be made in Greater Manchester instead of London. Creative links between health, the environment and the economy can be made. There are also great challenges, especially in a time of austerity. The DIVA in DivaManc stands for Dynamic Inclusive Vibrant & Accountable, and the aim is to make Devo Manc work for the benefit of all.

It is not just women who gain from making sure that everyone’s voice is heard - finding ways to have more productive and inclusive dialogue benefits everyone.

Human creativity is perhaps our most under-utilised resource in solving the many problems facing us as a society. A key insight is the need to look at the way in which we explore options and make decisions. This means we have to look at both who is in the room, and what we do once we are there. We need to make sure we engage with a much wider range of stakeholders: those who will be affected by the decisions, especially the vulnerable, as well as the decision makers.

DivaManc reminds us that we need to actively listen to voices of both women and men in the debate. We need to make sure that the communication process encourages everyone to develop and share their ideas in a productive dialogue; the way in which we ask the questions has a huge impact. Hands-on approaches that give everyone a chance to make an input and see their ideas built into a bigger picture help us hear different voices and see different views. This allows us to develop truly innovative ideas, ideas that have a greater chance of working.