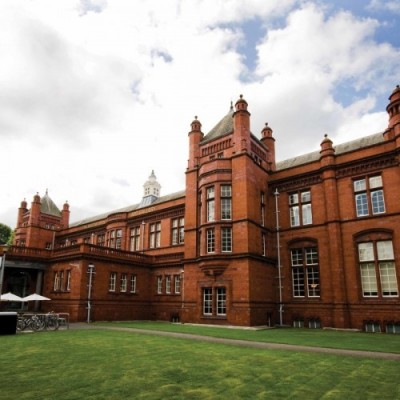 The University of Manchester’s Whitworth has won the AJ Retrofit Award for Cultural and Public Buildings and for Heritage and Listed Buildings following its major redevelopment by MUMA (McInnes Usher McKnight Architects).

The AJ Retrofit Award for Cultural and Public Buildings are the first and only awards dedicated to recognising achievements in design, engineering and construction. The awards set a benchmark for creative excellence across the commercial, public and private sectors in the UK, rewarding the best work and the brightest thinking.

The Whitworth reopened its doors on 14 February 2015 following a £15 million redevelopment project by MUMA which transformed the 126 year-old Whitworth into a 21st century gallery in the park. This weekend the gallery will welcome its 300,000th visitor in seven months, which represents a 150% increase in people visiting the gallery. Local residents have applauded the gallery as a huge asset for their neighbourhood and by visitors from all over the world as a genuinely international cultural attraction.

Following the announcement, Professor Dame Nancy Rothwell, President and Vice-Chancellor of The University of Manchester, said: “The transformation of the Whitworth has been a significant project for The University of Manchester and I am delighted with MUMA’s beautiful reimagining of the gallery in the park. The fact that AJ Retrofit has recognised the architectural importance of this new building makes me very proud. The Whitworth is a valued part of the University, housing internationally significant art collections. Now we also have a building that matches these collections and which can be enjoyed by local people, students, staff and visitors from around the world for many years to come.”

The Whitworth is a valued part of the University, housing internationally significant art collections.

Maria Balshaw, Director of the Whitworth, said: “MUMA’s sensitive extension and restoration of our building unlocks our potential as a university art gallery in a park. The collection and the knowledge held inside now connects to our local community of park users and the elegant, generous spaces for art are drawing people in from all over the world. We are delighted to have the quality of MUMA’s architecture recognised by this award.”

The redevelopment, which was supported by a major Heritage Lottery Fund grant, The University of Manchester, Arts Council England and other funders, has doubled public space and created state-of-the-art new facilities including expanded gallery spaces, a study centre, learning studio, and a collections centre.

At the heart of MUMA’s major renovation project is the creation of an elegant glass, stainless steel and brick extension, which sees two wings extend into Whitworth Park from the back of the existing 19th century building, connecting the gallery to the surrounding park beyond. For the extension, MUMA developed a unique Whitworth blend of British brick and a brickwork pattern with a traditional textile slash work effect, inspired by the gallery’s extensive textile collection. Vault exhibition gallery ceilings enable the display of major, large-scale international shows. Visitors can now also gain access to the reinstated Grand Hall on the first floor through glorious Edwardian staircases returned to public use for the first time in over 50 years.

The gallery is also shortlisted for The Stirling Prize, received a national award from RIBA and won the RIBA NW Building of the Year award earlier this year.