Double MBE success for The University of Manchester 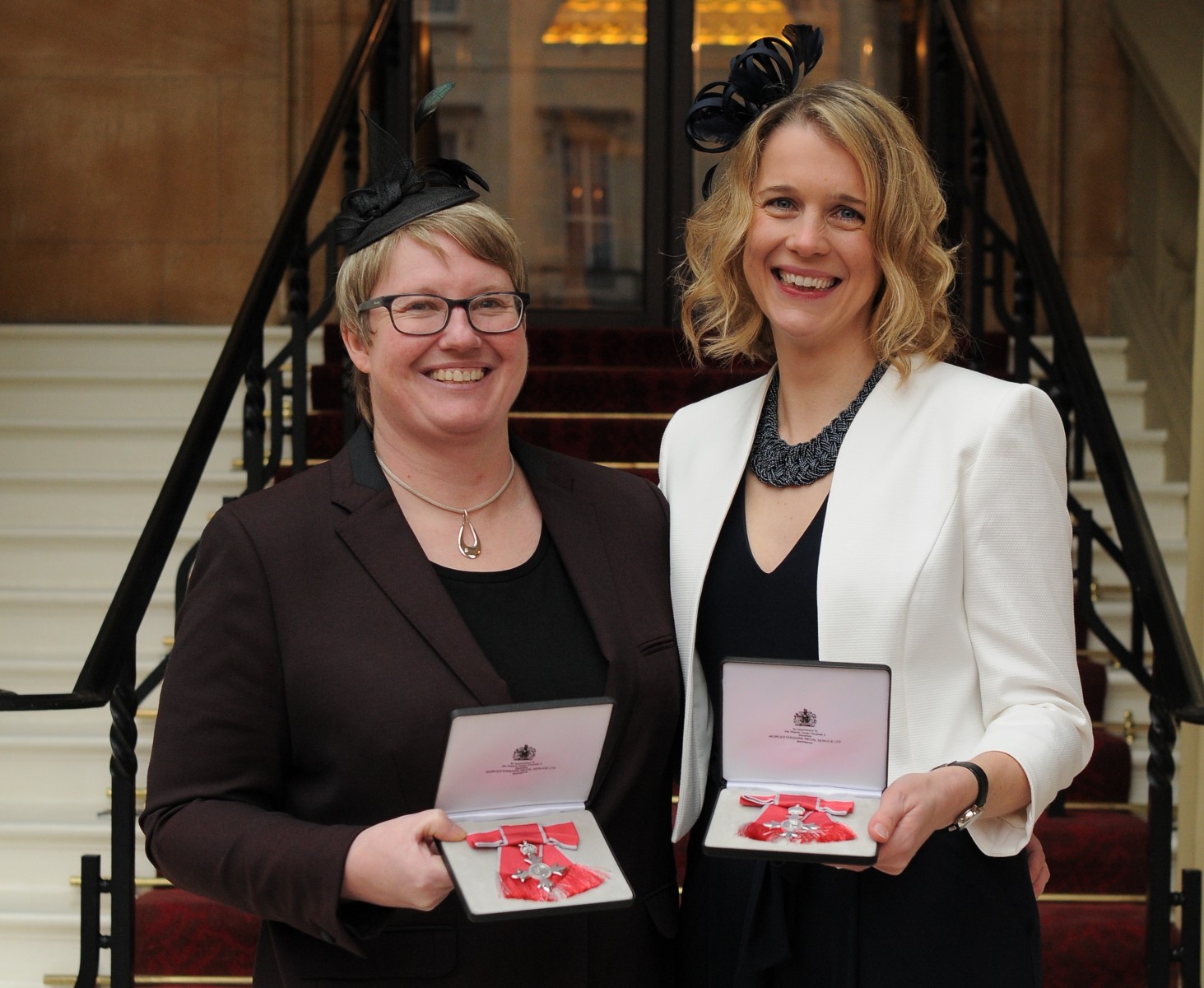 The University of Manchester is hailing a double success, as the efforts of two of its leading lights have been recognised by the Queen in her 90th birthday honours list. Professor Danielle George and Marcia Ody have both received MBEs to acknowledge their significant contributions to their respective fields.

Danielle, who is Professor of Radio Frequency Engineering and Vice Dean of Teaching & Learning at the University, received her honour in recognition of her contribution to engineering through public engagement. She has worked tirelessly to bring science, technology and engineering to life, encouraging young people to start careers in science and engineering through a variety of engaging talks and citizen science experiments.

In 2014 she became only the sixth woman to present a Royal Institution Christmas Lecture, and she also recently presented a talk at Manchester’s TEDx conference. Her latest project is a crowd-sourced environmentally-friendly robot orchestra made up of old instruments and recycled materials, which will give its full debut performance in Manchester this July during the Euroscience Open Forum - Europe’s largest science conference.

“I'm both delighted and honoured to be awarded an MBE on the Queen's Birthday Honours List. Any time would be special to receive this, but it feels even more amazing as it is the Queen's 90th year and as Manchester is currently the European City of Science. This is a fabulous personal accolade, and I thank the University of Manchester for supporting my pursuits, and the Royal Institution of Great Britain for giving me an amazing opportunity as a Christmas Lecturer.”

Marcia, the University’s Teaching and Learning Manager, received her honour in recognition of her services to Higher Education. She is the driving force behind the internationally acclaimed Peer Assisted Study Session (PASS) programme, which uses the experiences of higher year students to support the learning of their lower year peers, and led the establishment of the PASS National Centre at the University.

Marcia has been highly influential in developing the student voice agenda at the University and beyond. She plays an active role in designing and delivering a range of opportunities for students to inform the development of the curriculum, institutional policy, strategy and practice. Her use of students as co-consultants is highly regarded across the higher education sector, as is her ability to build capacity for this work wherever possible through coaching, training and supporting colleagues.

“I am both delighted and stunned to be receiving an MBE. When I first opened the letter, I thought it was a very clever prank and it still feels surreal - an incredible surprise and a significant honour. I am truly humbled, and am very keen to know who nominated me so that I can say a personal, massive thank you! I am incredibly lucky to work with amazingly awesome students, graduates and staff in order to help students to reach their full potential.”

Professor Stephanie Marshall, CEO of the Higher Education Academy, said ” I am delighted to see Marcia’s work and her commitment to the sector recognised in the Queen’s Birthday honours.  In particular, it is fantastic news to see the work of a National Teaching Fellow recognised in this way.  It’s so important to recognise great teaching and Marcia’s contribution has been immense, particularly in the vital area of student engagement through her working in Peer Assisted Learning.”

Double MBE success for The University of Manchester