Member of the Manchester Centre for Political Theory (MANCEPT) at the University of Manchester, Dr Christian Schemmel, has authored a new book on Justice and Egalitarian Relations. The book has inspired a symposium on justice and equality at UCL, taking pl 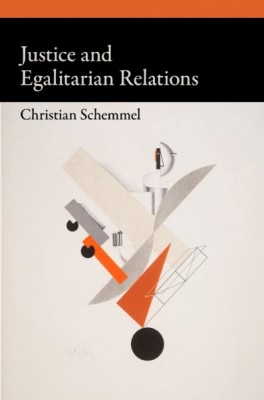 Member of the Manchester Centre for Political Theory (MANCEPT) at the University of Manchester, Dr Christian Schemmel, has authored a new book on Justice and Egalitarian Relations. The book has inspired a symposium on justice and equality at UCL, taking place in April 2022.

Why does equality matter, as a social and political value, and what does it require? Relational egalitarians argue that it does not require that people receive equal distributive shares of some good, but that they relate as equals. The book provides the first comprehensive development of a liberal conception of relational equality, one which understands relations of non-domination and egalitarian norms of social status as stringent demands of social justice.

Schemmel first argues that expressing respect for the freedom and equality of individuals in social cooperation requires stringent protections against domination. Taking this as a starting point, he then develops a substantive, liberal conception of non-domination and argues that non-domination is a particularly important, but not the only, concern of social justice. From there, he develops an account of the wrongness of inegalitarian norms of social status, which shows how status-induced foreclosure of important social opportunities is a social injustice in its own right, over and above the role of status inequality in enabling domination, and the threats it poses to individuals' self-respect. Finally, Schemmel articulates the implications of liberal relational egalitarianism for political, economic, and health justice, showing that it demands, in practice, far-reaching forms of equality in all three domains.

Justice and Egalitarian Relations brings together scholarship in a variety of related topics, from social justice and liberalism to distributive and social equality, republicanism, non-domination, and self-respect.

Justice and Egalitarian Relations is now available to purchase from Oxford University Press.