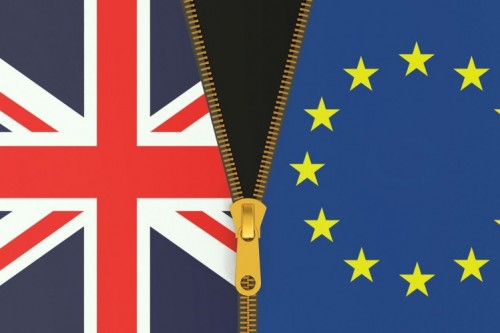 In the event of a close result on Friday, the following experts are available to speak to the media about the constitutional, political and economic implications on Britain.

Professor Diane Coyle, Professor of Economics at The University of Manchester, said: “Obviously there's uncertainty about what would happen if there were to be a Leave vote, but the risks to the economy are obvious and large.“Many have spoken out about the likely economic damage including 12 Nobel Prize winners, all the important institutions from the International Monetary Fund to the Institute for Fiscal Studies, and hundreds of individual economists in universities, finance and business.

“All but a handful of economists expect there would quickly be a drop in the pound, higher prices for food and other imports, and more expensive holidays. Beyond that there is a chance of a recession with job losses and lower investment. Share prices would fall, which is bad for pensioners. The uncertainty about what access British business would have to the rest of the EU would last for a long period and could seriously damage the economy.

“The benefits 'Leave' campaigners claim for the economy border on the delusional; they make assumptions our trading partners like the US have already stated are untrue. And there are further untruths such as the entirely false claim about how much the UK pays into the EU."

Professor Coyle is a leading UK economist, former vice-chair of the BBC Trust and former Economics Editor at The Independent. She joined the University of Manchester in September 2014.

There's uncertainty about what would happen if there were to be a Leave vote, but the risks to the economy are obvious and large

Professor Colin Talbot, Professor of Government at The University of Manchester said: “Whatever the outcome (unless it’s a much more decisive ‘remain’ than polls are suggesting) David Cameron will not be PM for much longer and there will be a Tory leadership contest. If there is – Boris will probably win but (rather like Corbyn) be leading a Parliamentary party whose majority is opposed to him on a central issue.

“If it’s ‘out’ the legal complications of withdrawal are going to be immense – and will likely trigger huge political tides in the rest of the EU.

“Nor is it clear what an 'out' vote actually means: leave EU but stay in The European Economic Area? Leave both? I'm not sure even ‘Leave’ agree what they’re after but suspect it will be more completely ‘out’ than not.”

Professor Talbot says that if Friday results in Brexit, which is widely expected to trigger another Scottish referendum, it could initiate an independence vote before UK/EU has even finished ‘leave’ negotiations (under Section 50 – 24 months).

“If we remain in the EU” continues Professor Talbot, “then David Cameron may last a little longer but I suspect Boris Johnson will be leader before long. He will switch to a ‘the people have decided and I accept their verdict’ line but to satisfy the Tory grass-roots, will pledge yet another renegotiation of our membership.”

But Dimitris Papadimitriou, a professor of politics at The University of Manchester whose interest lies in European affairs, he thinks the referendum “has been a huge mistake and a political miscalculation.”

He said: “Whatever the result on Friday, one thing is clear: the British people are today no better informed on the EU that they were a year ago. The divisions over Europe among the British political elites and the public at large will not heal on Friday; they will be further entrenched.

“If Remain wins, it won’t do so because people’s perceptions on the EU have changed towards a more constructive attitude to our European partners. This was very much a ‘project fear’ that will perpetuate public distrust toward the EU.

“If Leave wins, Britain is heading towards an economic disaster and a political crisis. Divorce proceedings may start on Friday, but the UK’s decoupling from the EU is likely to spill into the next Parliament.”

Dimitris Papadimitriou is a Professor of Politics, his interest lies in European affairs, particularly contemporary Greek politics and the European Union's relations with Eastern Europe. He is Director of the Manchester Jean Monnet Centre of Excellence (JMCE), the Co-Convenor of the ECPR Standing Group on Southeast Europe and the Co-Editor of the book series on European Policy and Contemporary Greece. An experienced media commentator, his analysis was regularly heard in the media during the recent Eurozone crises.