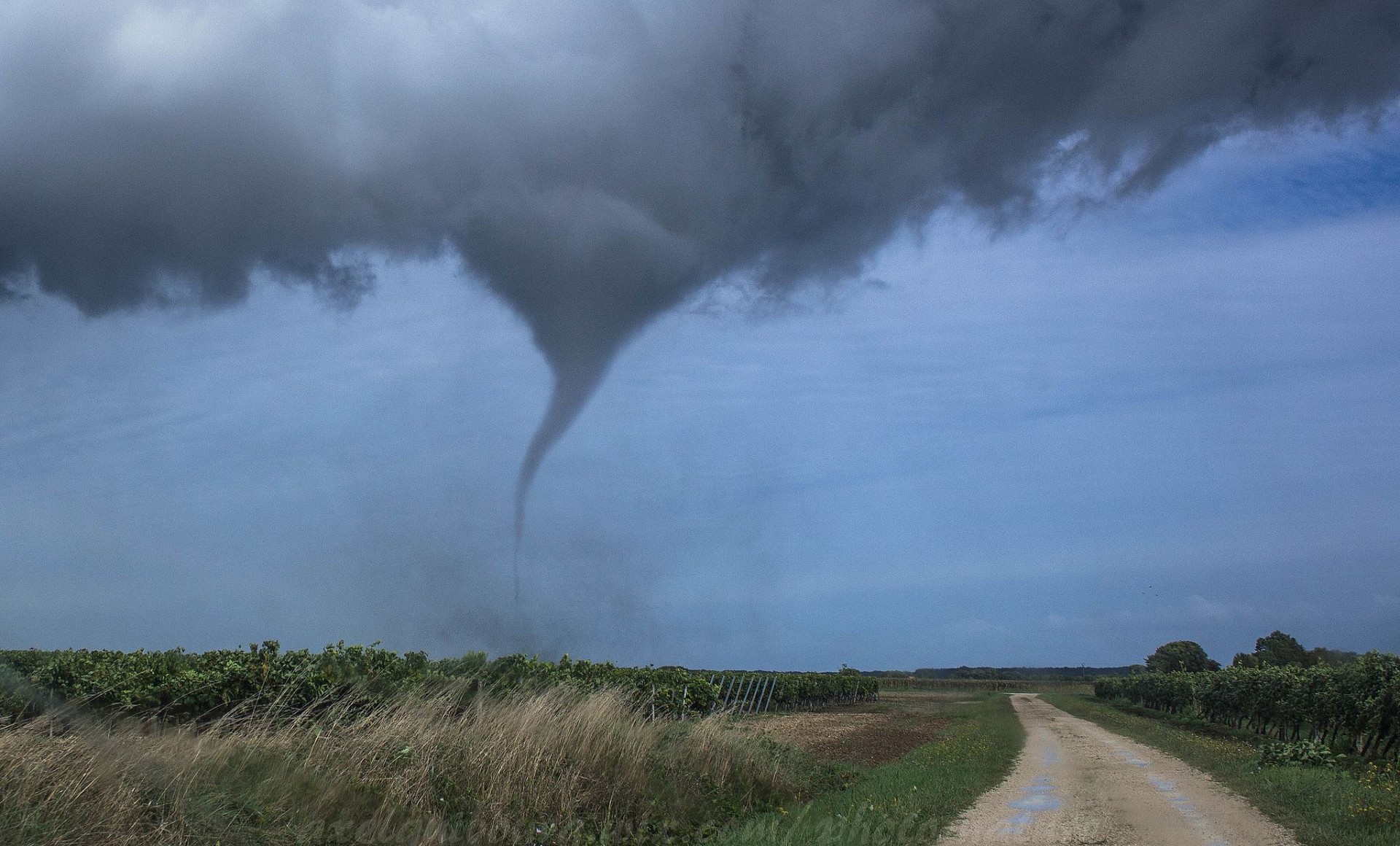 Tornadoes are an underestimated threat across Europe with the UK, Germany, and northern Italy at the greatest risk as tornado season fast approaches.

That’s according to new research by meteorologists at the University of Manchester’s Centre for Atmospheric Science in its School of Earth and Environmental Sciences and the European Severe Storms Laboratory in Germany.

Their research, which is being published in the journal Bulletin of the American Meteorological Society, is the first ever threat calculation of tornadoes across the European continent.

The team analysed tornado reports from the European Severe Weather Database between 1950 and 2015, looking at the social and economic impact of tornadoes on the continent.

From the 66 years of meteorological, atmospheric and weather related data analysed they found that tornadoes in Europe have caused nearly one billion euros worth of damage, over 300 deaths, and over 4400 injuries.

Between 1950 and 2015, 5478 tornadoes were reported in 42 European countries. The tornado season for Europe is from May to August, with its peak in July.

Such is the scale of the problem, and with European tornado season just weeks away, the team says they want to raise awareness of the issue.

Dr Bogdan Antonescu, from Centre for Atmospheric Science, led the research. He said: “Currently the threat of tornadoes in Europe is not widely recognized. Few European meteorological services have developed and maintained tornado databases and even fewer have issued tornado warnings.

“Therefore, we are raising awareness of the threat of European tornadoes, which is perhaps unappreciated by the public, emergency responders, and governments across the continent.

“Despite what is often assumed by the general public and even by meteorologists and researchers, tornadoes do occur in Europe and they have caused thousands of injuries, hundreds of deaths and huge amounts of damage.” 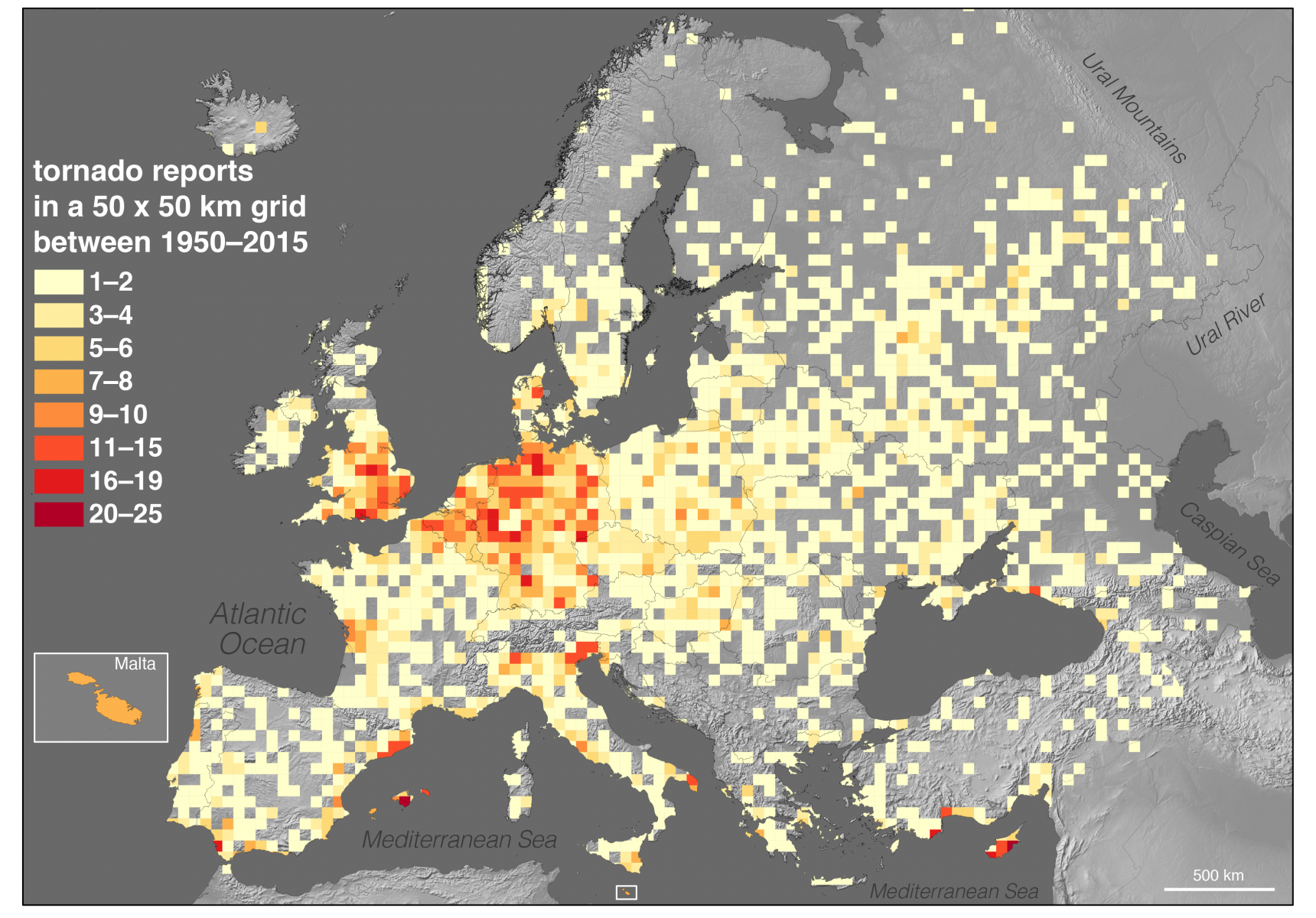 “Despite what is often assumed by the general public and even by meteorologists and researchers, tornadoes do occur in Europe and they have caused thousands of injuries, hundreds of deaths and huge amounts of damage.”

Although the tornado threat seems to be less in Europe compared to the United States, the research says the true magnitude is unknown due to a huge lack of data collection. This is due to decades of neglect in monitoring tornadoes by official government and European agencies.

But this wasn’t always the case. There was a time when tornado research in Europe was more active than in the US. Before the Second World War, European scientists and meteorologists were actively researching tornadoes.

But the interest declined after 1950, with the majority of the efforts of collecting tornado reports occurring outside the national meteorological services. This lack of national databases has now resulted in an underestimation of the tornado threat to Europe. According to the team, it is a situation that persists today despite resurgence in European tornado research in recent years.

Professor David Schultz, Professor of Synoptic Meteorology from the University of Manchester, added: “The research summarizes all our current understanding of the tornado threat to Europe by showing the changes in tornado injuries and fatalities since the 1950s. It also, for the first time, estimates the damages associated with European tornadoes. No other study has systematically analysed the damages associated with tornadoes in Europe.”