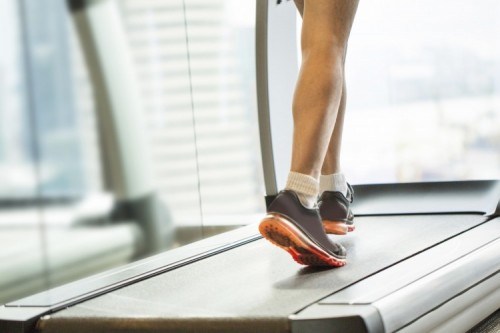 An exercise programme devised by researchers at The University of Manchester has dramatically reduced symptoms among young people with first-episode psychosis.

The long-term prospects for young people who are diagnosed with psychosis are typically poor, with high rates of relapse, unemployment and premature death. The antipsychotics they are prescribed also cause rapid weight-gain.

Although exercise has been shown to be an effective treatment for people with long-term schizophrenia, no studies have assessed its effects on psychiatric symptoms in young adults with early psychosis, until now.

The University of Manchester study recruited 31 people aged 18-35 who had been referred to local mental health trusts for treatment. With the participants help, the team designed personalised exercise regimes which were carried out under the supervision of a researcher for ten weeks at local leisure centres.

Joseph Firth, the lead author on the study, said: “Establishing an exercise regime for people with psychosis is likely to be much more effective when they are younger, and in the earliest stages of treatment. Getting people into a routine early on also helps set habits for life, which can make a huge difference to their long-term physical and mental health.”

The participants in this study actually exceeded the target amounts of exercise; achieving 107 minutes of vigorous exercise training each week for 10-weeks.

This compares favourably with exercise programmes in healthy populations as well as in schizophrenia.

Getting people into a routine early on also helps set habits for life, which can make a huge difference to their long-term physical and mental health

“Personalising exercise training to the activities which patients find most motivating helps them stick to their programme.”

At the end of the 10-week period, the participants completed a variety of standardised mental and physical health tests. As a control group, seven people who were treated by mental health services without an exercise programme were also tested.

On the standardised tests, the exercise group displayed a 27 percent reduction in psychiatric symptoms, which was significantly better than the control group. Their brain functions also improved, and they achieved a slight reduction in body weight – going against expected weight gain from normal treatment.

Joseph added: “This was only a pilot study, but the improvements, particularly in psychiatric symptoms, were dramatic. Personalised exercise at local leisure centres seems to be a cost-effective and successful way to help these young people recover”.

“By reaching people early on, exercise can provide a healthy and empowering add-on treatment for young people with psychosis. This could massively improve their social functioning and mental health, hopefully preventing long-term disability from ever arising.”

The study, ‘Exercise as an intervention for first-episode psychosis: a feasibility study’, was published in the journal Early Intervention in Psychiatry. DOI: 10.1111/eip.12329

Additionally, feedback from the participants themselves has also been published in the journal BMC Psychiatry, as ‘The effects and determinants of exercise in first-episode psychosis: a qualitative study’ DOI: 10.1186/s12888-016-0751-7