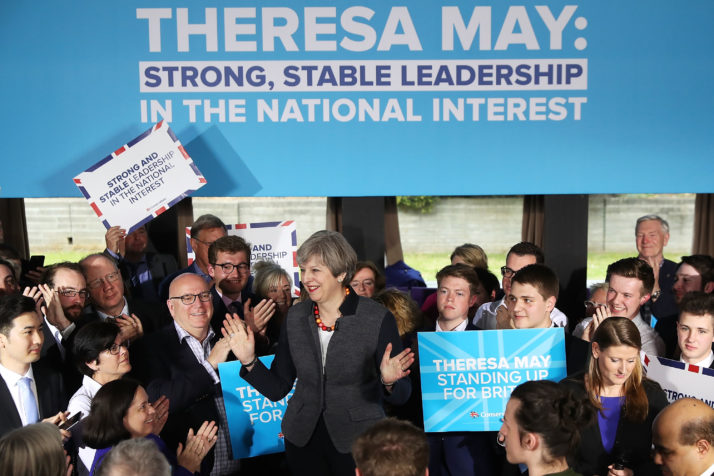 theresamay rally
Britain's Prime Minister Theresa May addresses an audience during a campaign stop on May 2, 2017 in Bristol, England. The Prime Minister is campaigning in South-West England, a former Liberal Democrat stronghold, as she urges West Country voters to stick with her party ahead of the polls on June 8.

Ewan Munro (Twitter @munro_ewan) is a Doctoral Researcher in Politics, and is on the Board of The University of Manchester’s Jean Monnet Centre of Excellence (JMCE). Here, he sets out how he believes Theresa May is acting undemocratically during her General Election campaign by avoiding difficult questions.

Theresa May has taken her electioneering into the 21st Century - just as Corbyn has made sustained efforts to court the young vote, she has reached out to the platform of my generation by going live on Facebook for ITV News, ‘taking questions’ from the public. However, she was limited in her response, and selective in her engagement – and as the interview developed, it became evident that Peston was equally restricted in how far he could probe.

May was happy to talk about fashion, however, beaming as she again recalled the story of how her own shoes got a young lady interested in politics. As heart-warming as this narrative is, a desire to focus on the trivial is reflective of a more ominous trend.

The opening question Peston put to the PM asserted that the government didn’t have “young people’s interests at heart”, arguing the young have no voice, referencing Brexit, tuition fees and student loans as evidence.

May quipped “well we do”, before offering gratitude for the question and interviewer: "Thank you for the question, Thank you for the opportunity...this election is about young people, it’s about the future of this country, most crucial election we will have seen in my lifetime...if you want your voice heard, make sure you vote and get involved in politics." There was a brief mention of youth unemployment, but no engagement with the actual substance of the question.

May's democratic rhetoric, while admirable, was a means to avoid answering the difficult questions which must be asked within the context of a true democracy. Avoidance and distraction are by no means novel political phenomenon - however, their increasing prevalence should concern any committed democrat. 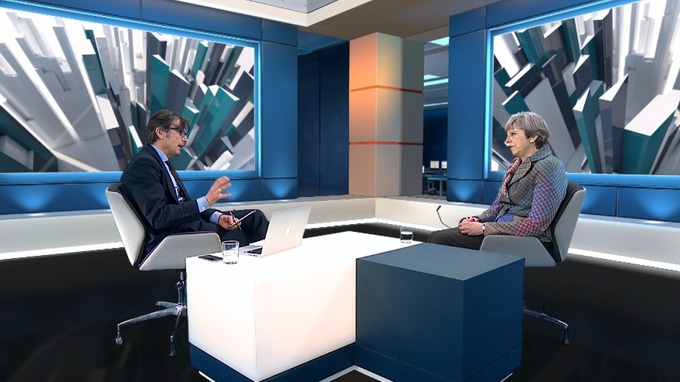 In a subsequent question from the public, May was challenged that her government has overseen “Austerity [which] has hit the vulnerable, while your government has cut tax for the rich”. The PM offered a brief soundbite on work being the best “route out of poverty” and “focusing on the most vulnerable” in response - once again admirable ideals, but while nurses are using food banks and disability advocates are obliged to campaign for “no more deaths from benefit cuts”, this falls way short of accountable and responsive governance – a prerequisite for meaningful democracy.

May again offered complete avoidance regarding the issue of elite tax breaks, and given Peston’s increasingly evident restrictions, she was permitted to do so without any enquiry. One must wonder whether any other party leader would be permitted such control over the direction of questioning, or even if she would have been afforded such control when she was Home Secretary.

This is not unique to the UK - such political conduct can be seen in the growth of populism in democracies across the world. Repetition of simplified clichés and claims offer a lowest common denominator appeal, while avoiding substantive engagement. The most notable of the achievements of this approach was Trump’s victory, and just as there are growing questions regarding Trump’s democratic credentials, we must remain vigilant to the misdirection of May’s rhetoric.

The Prime Minster has already challenged the sovereignty of British parliamentary democracy (see my last comment) - it is increasingly evident that public focus and debate is the next target for manipulation. It essential here to draw focus to the man behind the method - Lynton Crosby, who was knighted by Cameron for his success in 2015 General Election. 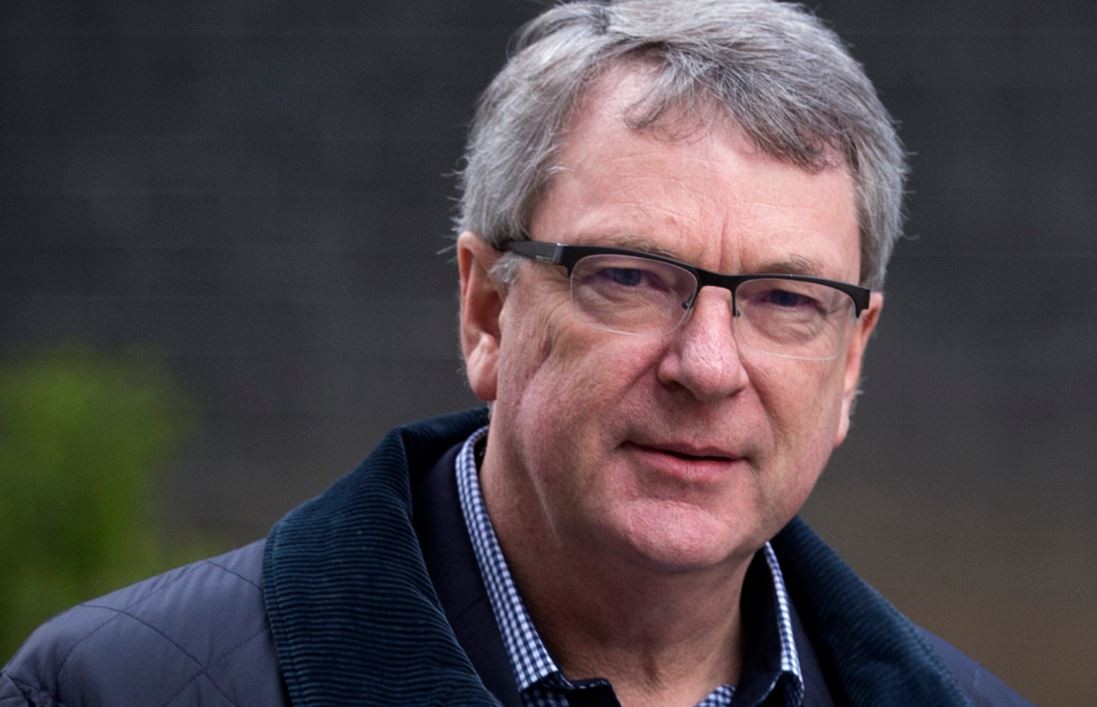 His focus on big data, marginal seats, focus groups, populist rhetoric and personal attacks is evident once more, and while this may reflect a leader weak on substance, it is very effective with key demographics. Crosby spearheaded Zac Goldsmith’s ultimately unsuccessful campaign for London Mayor, as well as David Cameron’s 2015 General Election campaign - one can only presume he is also behind the well-funded social media drive to attack Corbyn.

Boris Johnson spoke of Crosby’s political methods in a comment piece in The Telegraph, and outlined effective misdirection in an uncharacteristically frank admission - “If you’re losing an argument, if you’re in a weak position, throw a dead cat on the table. Everyone will shout ‘Jeez, mate, there’s a dead cat on the table!’; in other words they will be talking about the dead cat, the thing you want them to talk about, and they will not be talking about the issue that has been causing you so much grief.”

Johnson all but names the architect of the ‘dead cat theory’, and it is telling to see that while May has thrown a fox on this table, the method has changed very little. May avoids the salient questions of this election, while throwing ‘strong and stable’ foxes on the table.

The leader of the opposition submitted a question to the Facebook live event, and it offers a sound conclusion to the risks outlined above - “Do you not think the British people deserve to see me and you debate live and on television?” May’s response could almost have been predicted perfectly with an understanding of Crosby’s methods - “What I think is more important is actually that I and he take questions directly from the voters. I don’t think people get much out of seeing politicians having a go at each other; I think people want to hear directly.”

However, given her clear aversion to directly answering key questions, how are voters expected to reach a sound judgement? If she were to take on an electoral debate (an established practice in many democratic nations), it is doubtful other party leaders would accept such authoritarian restraints, or pay any attention to the dead fox.