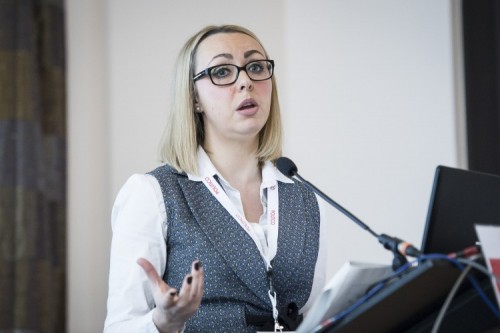 As the Republic of Ireland awaits the result of its election, Dr Kathryn Simpson, expert in Irish politics and a lecturer at The University of Manchester, is available for interview this week.

Dr Simpson said: "Irish politics is in a state of flux following the general election on Friday 26 February which has seen a significant protest vote against the government parties of Fine Gael and Labour and electoral success for Sinn Fein, independent and anti-austerity candidates. While the counting of votes is not expected to finish until Monday at the earliest, results so far suggest that Fine Gael will remain the largest in parliament but will have only a narrow lead over its main rival, Fianna Fáil.

"What makes this general election so interesting is that the main opposition party, Fianna Fáil - whose support collapsed at the last election, in 2011, after its handling of a the economic and financial crisis in the country - has done better than expected. Fianna Fáil and Fine Gael have long been the two big parties in the Republic of Ireland, having emerged from the country's civil war almost a century ago. There is no doubt they have much in common - both slightly right of centre - but they are split by a fierce rivalry. With the vote divided between old opponents, new smaller parties and independent candidates, it is not clear how a stable government can or will be formed."

Dr Simpson outlined three possibilities for the formation of government:

1. Grand Coalition: between Fianna Fail and Fine Gael. However Fianna Fail made a pre-election pledge not to ally with Fine Gael and there is growing opposition from many TDs.

2. Minority Government : once the final number of seats is confirmed a minority Fine Gael government could be established.

3. Another General Election: a deal could not be struck on a grand coalition there is the possibility of another general election in coming weeks; March 10 is a date to watch as the President can refuse to dissolve Dail.