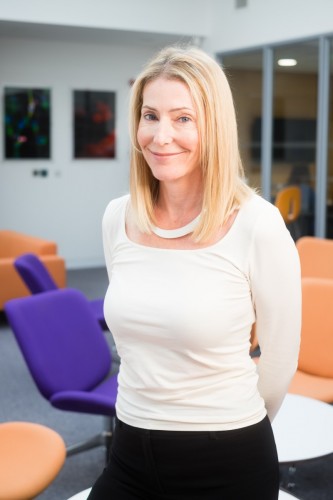 As the World Health Organization warns of an ‘unrelenting march of diabetes’ with 422 million cases in 2014, an experts from The University of Manchester have reacted to the problem and suggest some ways to address the obesity epidemic that fuels it.

Dr Chris Bundy, Reader in Behavioural Medicine/Health Psychology said: “We are living with an obesity epidemic. People with the least resources; lower socio-economic groups; socially unstable groups; and those with mental health problems are most affected by obesity. Parents who are obese are more likely to have overweight children, who are also more likely to be inactive, perpetuating a cycle of obesity and inactivity which increases the future risk of illness.

“In addition, we live in a society where food companies bombard people with images of high fat, high sugar food and drinks. Subtle psychological messages are paired with images of food and drink and people are sold a lifestyle that is inconsistent with the foods being advertised. The amount of spend on research and services to manage obesity compared with the cost to the tax-payer of living with the associated health problems is very small. This needs to change.

“The answer lies in a strategy that addresses food regulation and legislation so that healthy food messages are as common as unhealthy images and messages; the influence of ‘social norms’ by changing what is acceptable in specific social groups; the individual person – supporting people to change.

“Health psychologists and behavioural medicine practitioners have such expertise and should be incorporated into existing weight management services which should be expanded to address this ongoing epidemic.”

Dr Arpana Verma is director of the Centre for Epidemiology and the Manchester Urban Collaboration on Health (MUCH), as well as a Senior Lecturer in Public Health.

“Prevention strategies that will halt the obesity epidemic are key to reducing the burden of diabetes in our populations. Public health professionals across the globe have been advocating for better regulation of sugar in foods, drinks and junk food in general. Mexico is leading the way with increased taxes and President Nieto calling for the “change in culture” which is so badly needed here in the UK.

“The National Institute of Health and Care Excellence (NICE) has published many guidelines on the prevention of diseases. Making the healthy choice the easy choice is a population-based approach which will ultimately lead to reducing the large inequalities seen in the UK. Obesity and diabetes alone costs £5 billion every year and will rise to £50 billion by 2050.

“Our lifestyles, eating and drinking habits are costing society, the NHS and social care a burden that cannot be sustained. How much of our ‘free will’ has been decided for us by large multinational companies and their advertising agencies? Many people see this as yet another attack on making personal choices and the ‘nanny state’ but the evidence is clear on the impact of unhealthy diets and lifestyles causing diseases like diabetes.

“Better designed cities can also help with the fight against diabetes. Making walking, cycling and recreational activities safe, fun and exciting for urban dwellers, exploring with employers how to maximise physical activity at work, nutritional foods in schools and workplaces will all help.”