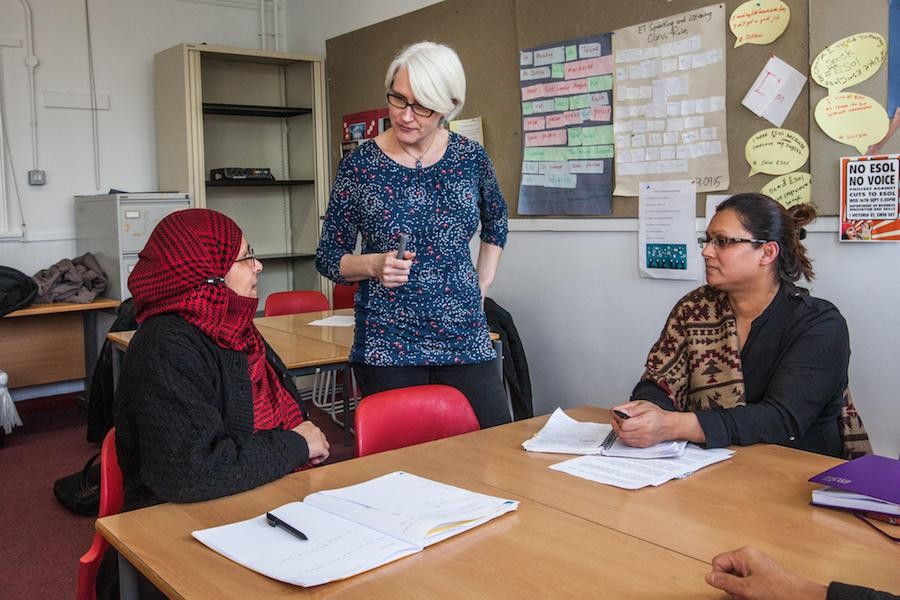 Experts from The University of Manchester have called for better language provisions to help non-English speakers into the workplace, after their research found that language proficiency is the most common barrier to employment for newcomers to the city.

An estimated 1,000 people are on waiting lists to access ESOL (English as Second or Other Language) courses in Manchester, while providers are struggling to find funding to maintain classes.The University’s Multilingual Manchester research unit has worked with Manchester City Council to review its provisions for people coming to the region who do not speak English as their first language.

Interpreting and Translation Studies lecturer Dr Rebecca Tipton, Research Associate Dr Huw Vasey and a team of student assistants surveyed advanced learners of English to find out about their needs and aspirations, and to identify ways to improve provisions.

The team spoke to 340 learners - around a quarter of all those enrolled in Manchester City Council’s courses - who originated from 57 different countries, and most of whom have been in the UK for five years or less.

The researchers found that many of the people enrolled in ESOL classes are educated professionals who were employed before coming to the UK, but are now out of work. English language proficiency is cited as the most common barrier to employment. Many report that they have few opportunities outside the classroom to practice their English, and some have been on waiting lists for additional language classes for over a year.

The report found clear evidence that dependency on interpreters decreases as learners improve their English, but also that many advanced learners continue to draw on support from them when accessing services such as healthcare.

There is clearly an unlocked potential of professional skills and work experience in Manchester, and we can do more to help new arrivals contribute to the city in highly skilled jobs if language barriers can be overcome. The fact that advanced learners continue to draw on the services of interpreters in some settings shows that ESOL classes, and provisions for interpreting and translation in the public sector, are complementary strategies to support inclusion - they require coordinated planning, and should not be treated as competing approaches.

The researchers propose the creation of a ‘Digital Hub’, where different providers across the city could share information on classes and manage waiting lists. They also suggest that businesses should offer internships to help highly-skilled people to improve their English in a work setting, and emphasise the importance of coordinating formal ESOL provisions with conversation sessions that are offered by various initiatives across the city.

Multilingual Manchester operates a student volunteer scheme that supports English conversation sessions in a variety of outlets across the city. Since 2015, more than 150 students have helped new arrivals improve their English as part of the scheme.

A full report on the study can be accessed here.