Frank Geels named Researcher of the Year for Humanities 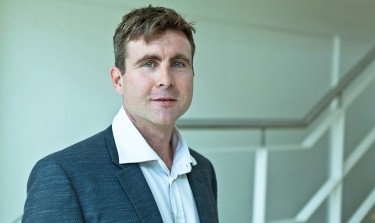 Frank Geels, Professor of System Innovation and Sustainability at the SCI and Alliance MBS, has been named as one of The University of Manchester’s researchers of the year for his outstanding performance and significant contribution.

He received the award at the University's 2019 Distinguished Achievement Awards.

The criteria against which nominations are judged state that the nominee should be 'someone whose most recent research has successfully challenged dogma, created a new field of research, elucidated a new paradigm, made a fundamental change in thinking, or impacted significantly on society'.

Prof Geels was described as having demonstrated himself to be a 'transformative intellectual', being the chief proponent of the so-called 'socio-technical transition theory' which covers large scale system changes in energy, food and transport that involve technical, socio-economic, political and cultural processes.

As his citation remarked: "His work is highly cited and his research has generated a broad impact on the academic community and society.

"His reach is clearly truly global."

Prof Geels co-founded the Sustainability Transitions Research Network which he has chaired from 2011 to January 2019.

He has also consulted on transitions for the Intergovernmental Panel on Climate Change (IPCC), the OECD, Climate-KIC, the World Wildlife Fund and the European Commission.

Commenting on his award he said: "I am truly honoured to receive this award and see my work praised in this way.

"Changing energy, mobility and agro-food systems in sustainable, low-carbon directions is one of today's grand challenges, and to bring my work to the attention of a wider audience and to policymakers is extremely important to me."