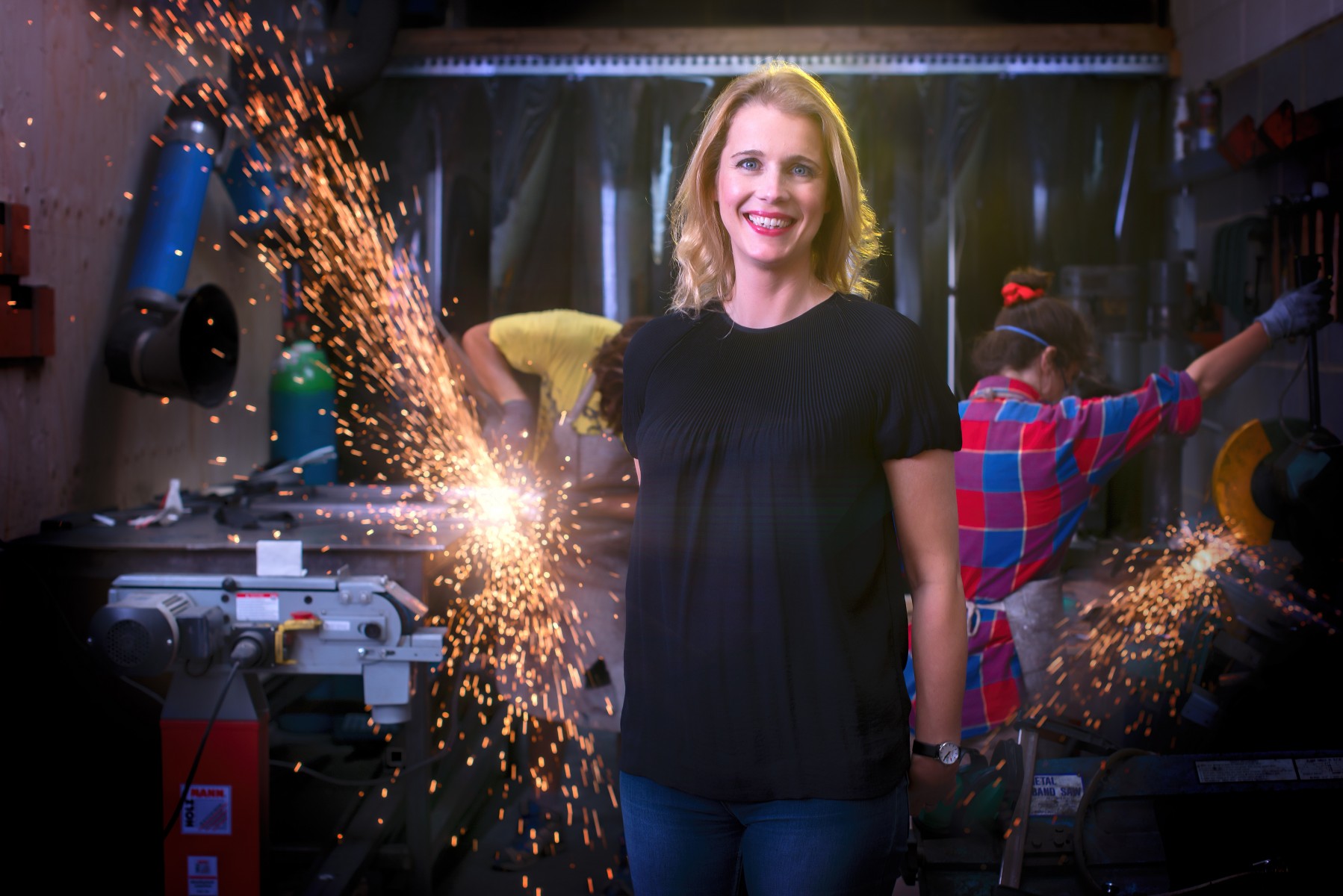 The University of Manchester’s Professor Danielle George MBE is getting behind the wheel this Christmas on BBC 4 as she drag races an electric Tesla against a petrol powered supercar.

Professor of Microwave Communication Engineering, Danielle, will be part of the line-up for the Royal Institution’s prestigious Christmas Lectures series, which is celebrating the 80th anniversary of its first BBC broadcast, making it possibly the world’s oldest science programme.

This year the organisers have tried to reunite as many previous speakers as possible, with Professor George being invited back following her Lecture in 2014.

She said: “The Christmas Lectures are a wonderful opportunity to talk to people about science in fun way. I certainly had a lot of fun driving the cars!

“It was also a great chance to show how far electric cars have come and what more still needs to be done before they can replace petrol driven engines.”

Professor George’s drag race appears in the third Christmas Lecture, due to be broadcast on BBC Four on 28 December at 8pm. The theme of the lecture is ‘Fully Charged,’ with chemist Saiful Islam exploring of one of the most important issues facing the modern world – how to store energy.

Clips will also be shown from Professor George’s first, three-part, Christmas Lecture from 2014, when she demonstrated how to hack your home – revealing how viewers could change the world by taking control of the devices we use every day.

She took three great British inventions – a light bulb, a telephone and a motor – and demonstrated how viewers could adapt, transform and ‘hack’ them to do extraordinary things.

Engineering is not only important, it’s also incredibly enjoyable.  Being able to show other people my passion for the subject through the Christmas lectures and the Robot Orchestra is a real privilege

In 2017 she’ll be taking her 2014 Lectures on tour to Cardiff and Salford. The live shows will be produced by the Royal Institution, supported by the Royal Academy of Engineering.

In the fast-paced, interactive events, Professor George will inspire audiences to use the sparks of their imagination to change the world, just like the many great inventors and engineers from our past and present.

Since her last Christmas lecture Professor George has had other programmes on the BBC, including helping to recreate the Corporation’s first ever TV broadcast to mark the event’s 80th anniversary.

She’s also been on tour with her Robot Orchestra, inspiring hundreds of young people with a group of artificial musicians, appearing at venues such as Manchester Science Festival.

Professor George added: “Engineering is not only important, it’s also incredibly enjoyable. Being able to show other people my passion for the subject through the Christmas lectures and the Robot Orchestra is a real privilege.”

The RI Christmas Lectures will be broadcast on 26, 27 and 28 December at 8pm on BBC Four. Professor George will appear on the 28 December. More information here.

How to Hack your Home Schools' Tour