Manchester graduate from Rwanda hopes to aid his country’s revival 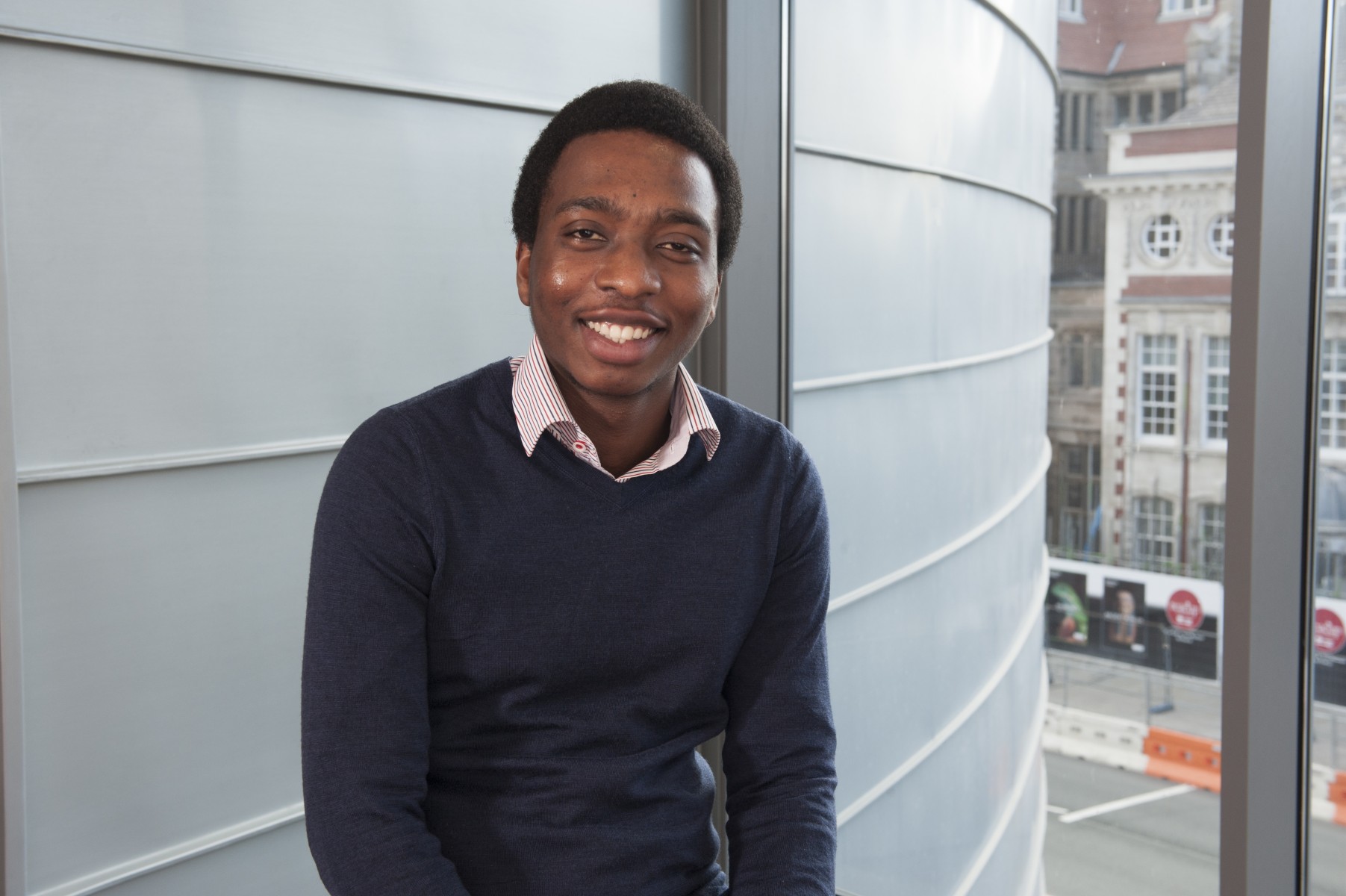 A Manchester graduate who survived the genocide against the Tutsi in Rwanda is set to make a big difference to his country, after studying for a master’s degree which was made possible by the generous funding of a donor to the University’s Equity and Merit Scholarship programme.

Emmanuel Turatsinze was born in 1990, in a country tormented by regular armed conflicts and killings. Following the assassination of the president when he was four years old, government forces began the systematic slaughter of up to a million people - including members of his own family.

Despite this difficult start to life, his academic talents meant that he progressed through secondary school with flying colours, and he eventually graduated from The University of Rwanda with a first-class law degree in 2014.

After reading about The University of Manchester’s Equity & Merit programme on the internet, he successfully applied for a scholarship paid for by the Allan and Nesta Ferguson Charitable Trust to study for a Master’s degree in commercial law. The scheme - unique to Manchester - covers the fees and expenses of exceptional students from Uganda, Rwanda and Tanzania who have a desire and a plan to benefit their home countries.

He is now a lawyer, and is teaching at his old university back in Rwanda. He is the only member of staff there with a masters in international business and commercial law – which has given him skills and expertise he believes are essential to help his country to continue its post-war revival.

“It has been my ambition since I started my career to improve the Rwandan legal sector, particularly in business and commercial law, which is still a young domain in the country - for instance, the first company law was only enacted in 2009, the first laws on consumer protection in 2012, and there are no laws in place yet governing different forms of business like partnerships, no specific insolvency law, and so forth," said Emmanuel.

I am so grateful that I was able to study in Manchester, and the knowledge that I gained there has enabled me to develop an advanced understanding of international laws governing commerce and finance. This has made an enormous positive impact on my own professional development as an academic, and has also been hugely beneficial for the development of the profession in my home country.

The Equity and Merit Scholarships are jointly funded by the University and its donors. The University covers the tuition fees in full, and the generosity of donors covers students’ living costs, flights to the UK and visas.

Since it began, a total of 203 scholarships have been awarded to exceptional individuals who have demonstrated both academic excellence and a commitment to the economic or social development of their home communities.

Manchester graduate from Rwanda hopes to aid his country’s revival