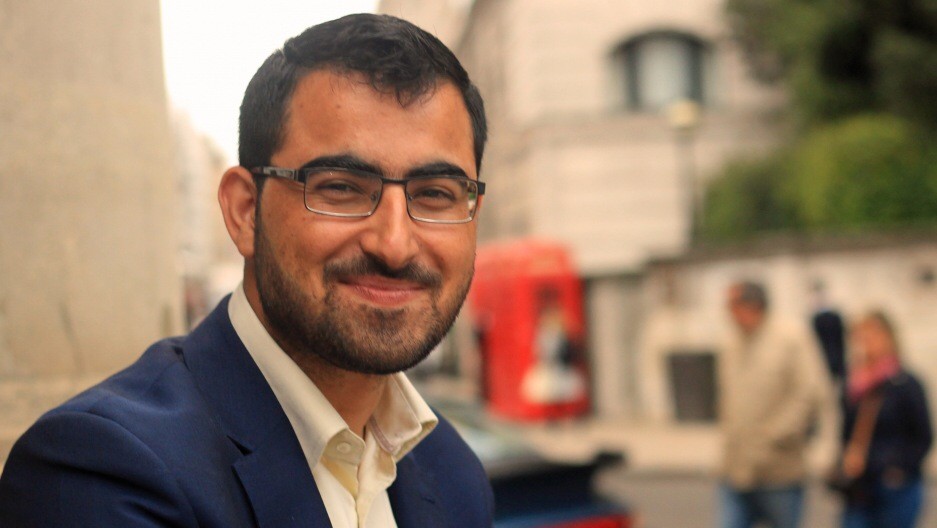 An inspirational refugee who travelled through eight countries to escape war-torn Afghanistan when he was 12 years old has just graduated from The University of Manchester.

In 2006 Gulwali Passarlay was 12, and was about to be forced to either join the Taliban or the NATO-backed army. Many members of his family, including his father, had been killed during the conflict, which also made Gulwali a target. His mother urged him to make his way to England, so he fled for his life with just the clothes on his back.

He endured an unimaginably difficult year of solitary hardship on the road, with hunger, illness, a terrifying 50-hour sea crossing in darkness with 100 other refugees and a motorway journey clinging to a hot engine inside a lorry.

When he finally made it to the country of his dreams, his troubles were not over - penniless and speaking no English, he endured months of racism, loneliness and poverty. However, despite the huge difficulties he has faced, he has gone on to achieve remarkable success.

He taught himself English and enrolled at college, when his potential was spotted by the University’s Manchester Access Programme (MAP), which supports talented year 12 students. Thanks to MAP’s support, he was able to achieve his required A-level grades to take a BA in Politics and Philosophy, and also received a scholarship funded by the Ross Warburton Charitable Trust.

While he has been a student, he has hosted his own TedX talk, has spoken at many schools about refugee rights, was on a Department for Education panel which scrutinizes how policy affects young people, and was the first Afghan ever to take part in the Olympic Torch Relay. He is also on speaking terms with several politicians.

Since completing his studies, he has written for newspapers, and has released a book called The Lightless Sky, which The Independent has called ‘a gripping account of a life-threatening journey to freedom’.

Gulwali hopes to go on to work with charities who are supporting and empowering refugees, and to work with UNHCR, using his experiences and studies to influence policy makers on their response to the refugee crisis. Eventually, he would like to return to Afghanistan, and to play a part in rebuilding his country by working for peace and prosperity.

It has been an amazing yet challenging three years, but thanks to the help and support of University staff, I have managed to achieve my honour. I have no doubt that the knowledge, connections and friendships I have made whilst studying will stay with me for a long time. Thank you to Manchester for such a wonderful time of fulfilment and achievements.

“After graduation, I will continue to speak up for the voiceless and gave a human face to the statistics and numbers we hear from the media about refugees. I am determined to make sure justice is done and we welcome people who flee wars, conflicts and injustice with dignity and respect.”