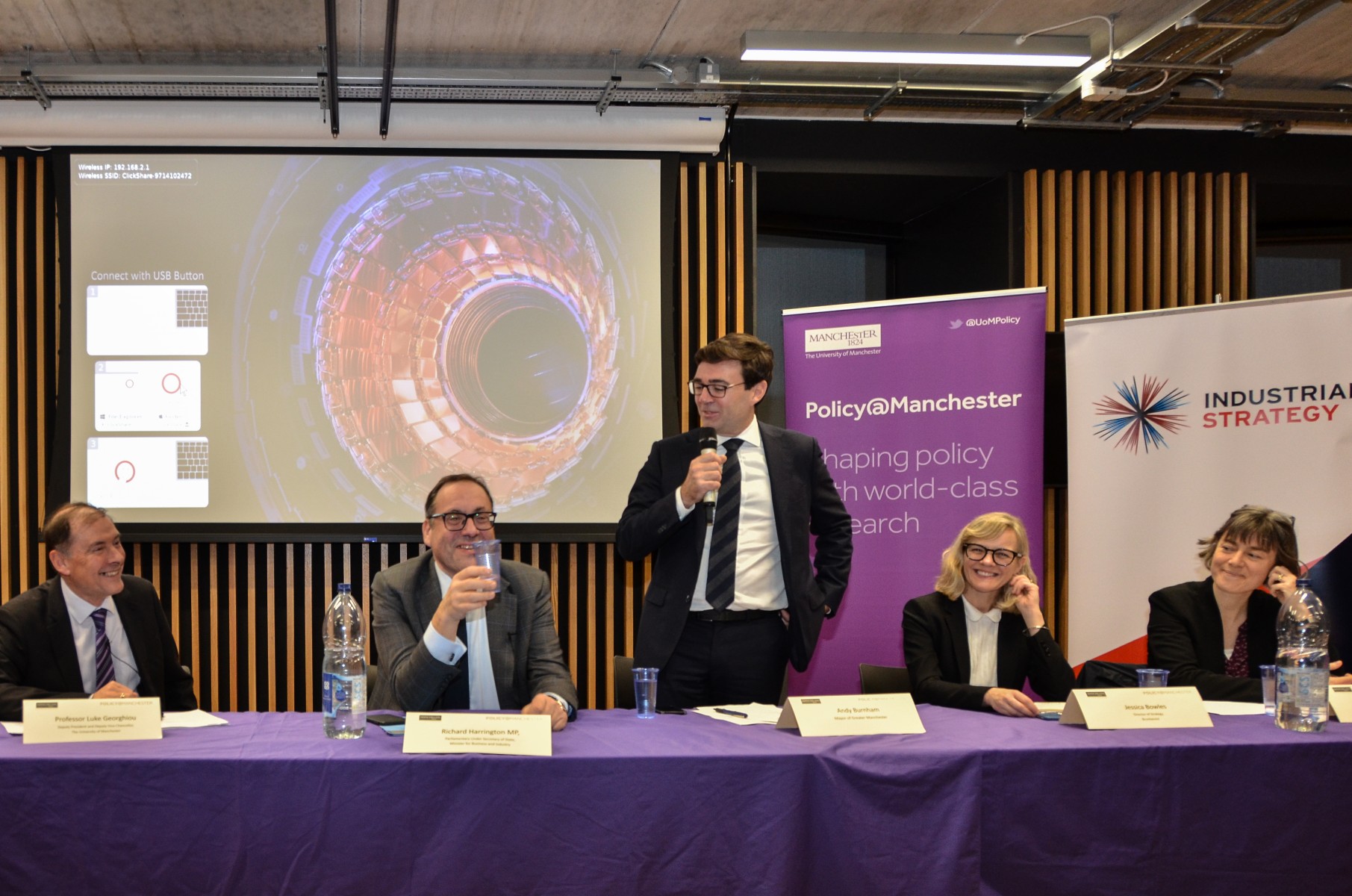 Minister for Business and Industry Richard Harrington MP was joined by Mayor of Greater Manchester Andy Burnham, to speak about ‘Delivering the Grand Challenges Locally, Nationally and Globally’.The panel event, which attracted around 100 attendees, was chaired by Luke Georghiou, Deputy President and Deputy Vice Chancellor, at The University of Manchester. Fellow panellists were Marianne Sensier - also from the University - and Jessica Bowles, Director of Strategy at Bruntwood.

The panel event was part of a day of activities organised by Policy@Manchester, which focused on the Grand Challenges. Four round tables were held with contributors speaking on clean growth, ageing society, future of mobility and AI and Data. These collaborative discussions are part of ongoing work between the GMCA and the UK Government to develop one of the country’s first modern local industrial strategies.

“Our Local Industrial Strategy will help us capitalise on the areas where Greater Manchester is truly world class, and build our future prosperity” said Andy Burnham. “Greater Manchester led the first industrial revolution - I see no reason why we can’t lead the fourth.”

The day explored the next steps for Greater Manchester in delivering their vision within the framework of a Local Industrial Strategy.Attendees discussed the skills and infrastructure required to create a thriving economy with real job growth and increased productivity for the local population - and which could also be successful nationally and globally. This provided a platform for academics to actively contribute to this policy making, supporting the ideas with their research.

“Grand Challenges require an integrated approach that is more easily delivered in well-joined up cities such as Greater Manchester,” said Luke Georghiou.

The University of Manchester is playing a key role through our entrepreneurial staff and students who are finding solutions to the challenges by creating and supporting businesses in frontier areas such as graphene, biomanufacturing and artificial intelligence.