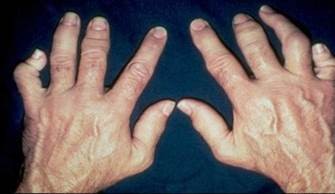 In a new University of Manchester study, people with psoriatic arthritis have told researchers about the condition’s deeply damaging mental effects and how healthcare services failed to prepare them for its reality.

In the study, published in the journal Rheumatology, the researchers interviewed 24 people with this type of arthritis that develops in 7-48 percent of people with the skin condition psoriasis. It causes painfully inflamed joints and, in many cases, associated mental health problems for those who develop it.

The study found that the participants sometimes thought of suicide or drank excessive amounts of alcohol as a result of their condition. Many felt resentful of others and socially awkward - citing it as a reason for failed relationships and career prospects. Many felt that the prospect of these feelings was not communicated to them at the time of diagnosis.

Dr Christine Bundy from the University’s Institute of Inflammation and Repair and Salford Royal NHS Foundation Trust led the study. She said: “People in our study were often diagnosed but then left with little or no support for the emotional side of their conditions. These types of studies have been done in conditions like diabetes or cancer, but not in psoriatic arthritis.

“There’s an urgent need for this research though as some of the participants were under the incorrect impression that their arthritis would clear up eventually or were suffering from extremely negative feelings.” 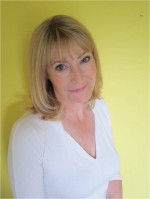 People in our study were often diagnosed but then left with little or no support for the emotional side of their conditions.  These types of studies have been done in conditions like diabetes or cancer, but not in psoriatic arthritis.

One of the recommendations of the study is that more account is taken of the emotional damage caused by the condition, by improving resources such as websites and leaflets. More psychologists, particularly those with a specialist interest in rheumatism should also be involved during the course of treatment.

Dr Bundy added, “The problems that came to light in this study are all treatable. With the right help and information, people can gain more confidence and recover quality of life. The prevalence of suicidal thoughts among this group is not yet known, but where it exists, effective and timely help could make a difference.”

Comments 1 - 1 (1)
Thank you for your message. It will be posted after approval.
Tina Young
This study is true. There are Drs Who also think we will get better with treatment. All it does is slow it down.